Welcome to Day 1 of Camp Cratejoy!

To launch our video series this spring, we sat own with the founder and head visionary behind mystery subscription box Escape the Crate. He's got plenty of ideas to help you create an escape room puzzle at home!

Meet Chris, the founder of Escape the Crate 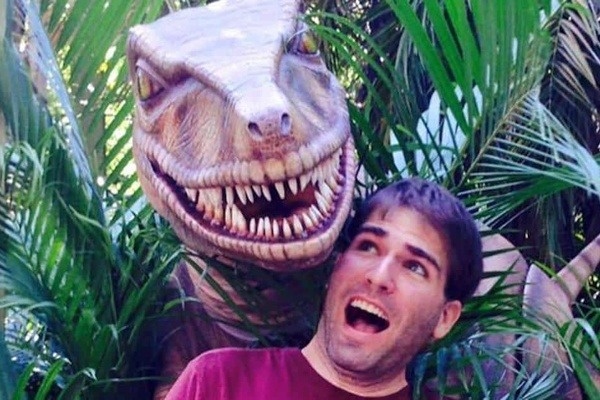 Chris is an escape room enthusiast who has done hundreds of escape rooms across the country. In his spare time, he can usually be found stuck in an adventure novel, walking his dog Sirius, or visiting a theme park.

Pro Tip: Save 40% on mystery subscription boxes (including Escape the Crate!) at Camp Cratejoy's full collection of games for adults.

Every escape room requires you to break codes, solve riddles, and complete puzzles. A strong theme brings all those separate tasks together.

The best escape rooms always have a strong code. What does Chris mean by strong? One that isn't too obvious, but is "easy to do and doesn’t take too long to crack."

Tip 3: Lock up your valuables (sentimental or otherwise).

Give them something to find! You can either take physical objects around the house and lock them up in hidden spots, or you can give everyone a clue to solve and give them the next one when it's solved. (Pro tip: The second way might be easier, but the first way is more fun.)

Tip 4: The best writers (and parents) steal... just a little.

If you're all fans of a certain story -- say, you're currently reading a book with your kids or your family is bingeing its way through a TV show -- use that to inspire your mystery!

Inspired yet? You've got this!

Learn More About Escape the Crate 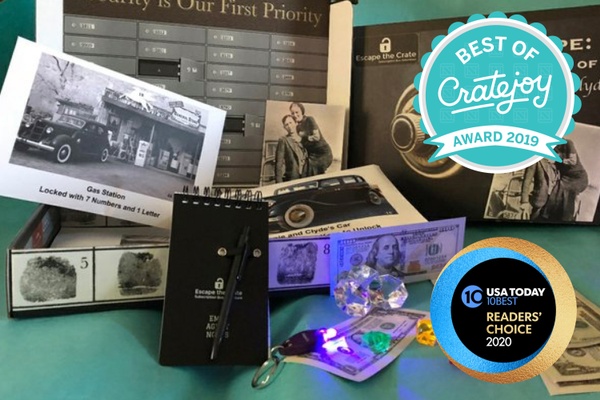 How did Escape the Crate get started?

I was a fifth grade teacher for 8 years (and I still work as an environmental educator at a zoo). I have been obsessed with escape rooms for years and I wanted to find a way to bring an escape room into the classroom without the chaos of destroying the classroom in the process.

I came up with a way to pack an escape room into a tiny box that could be played in small groups in a classroom setting and from there, I thought about how I could adapt that idea for an older market of adult players at home... therefore, I created Escape the Crate and ran it for a few years while teaching before moving into the business full-time.

I still run professional development for teachers across the country about how to incorporate escape rooms into the classroom.

What makes Escape the Crate unique?

We were one of the first escape room subscription boxes released, and we have been nominated for the "10 Best" Subscription Boxes in the USA by USA Today for 2 years in a row.

I wanted to create a box that was self-contained, with a clear beginning, middle, and end so you didn't have to buy tons of boxes to get the whole story, like some boxes on the market.

In addition, Escape the Crate is designed to be played WITH others, so you don't have to research answers to puzzles online, solve complicated math equations, or read novels' worth of papers to be able to play. Everything is done for you on the website to help you out as you play. And each box contains between 12-15 puzzles inside, so the value of the box increases a lot over other boxes on the market.

Read Along With the Video (Transcript)

My name is Chris Barnes and I run Escape the Crate. We create escape room adventures you can play at home -- and right now, with schools being out and being stuck inside self-isolating, you might be thinking what you can do to get your life to be a little more adventuresome.

Well, I have a few ideas for you today on how to create your own murder mystery or escape room, within your house, to play with your family members while you’re stuck inside.

If you guys have ever done an escape room before, you know you need to solve puzzles and riddles and codes, to find an object or to escape the room. The first step in creating one for yourself is to come up with a good theme.

It can be something like running from a zombie, being stuck on the_ Titanic, _or you could actually steal something from the house, like the ngredients for dinner, or the movie you were going to play, or a piece of a favorite board game, and lock that up, and people have to solve puzzles to find the hidden object.

One of the most important parts of planning an escape room is having a good code. And I mean a code that’s able to be broken by people that’s easy to do and doesn’t take too long to crack. So I have a couple of codes here for an example. 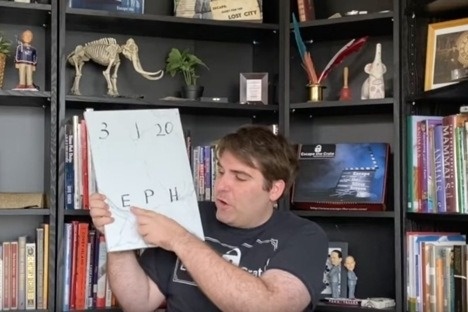 I actually have three numbers up here: 3, 1, and 20. If you create your own escape room, you might try to lock something up, and you give them these three numbers -- and you say, “To find wherever the object is, you have to crack the first code.”

For this code right here, you could stare at it for a while -- and eventually, you’re going to realize these numbers might be talking about letters. I mean the third letter in the alphabet, the first letter, and the twentieth letter. Piece those together, and you look and say, “Hmm. One, two, three: C! One, A!” And then, “twenty: T. CAT.” So this just led you to the word CAT.

Now, if you’re doing an escape room or treasure hunt in your own home, you could actually hide something where your cat is. Like maybe by the litterbox, or where the cat food is. And that can be where the next clue is.

I have another code for you here, which are three letters. And maybe a previous puzzle had given you an answer to go down one. Well, if you have the letters E, P, and H, and you’re told to go down one, maybe you could go down a letter and get D, O, G.

So once again, you could hide something in the dog toys, or even below your dog’s collar, if your dog lets you do that. Something like that to get your group to move along through the house._

Tip 3: Lock up your valuables (sentimental or otherwise).

Now, you can actually lock things up in the house if you want to, or you can go from location to location finding hidden objects -- or if you want to, you can just tell them the codes and give them the next clue when they get the right one.

It’s not quite as much fun that way -- I always prefer locking things up for an escape room. If you ever have the chance to lock up something like a medicine cabinet or a toy box, or maybe a door into a room you don’t go into a lot, it can be a little more exciting to find that physical key using an actual padlock, or a number lock to find the code.

If you also have a chance to have people reach into something -- that something is hidden inside of -- that’s always a really cool idea.

If you’ve been reading a book together, or even watching a TV series together, you could always create a murder mystery based on that book that you’re reading, or TV show you’re watching.

For example, maybe there’s a character in the story that has a certain catchphrase. You could design a murder mystery where they have a certain room of the house blocked off. They say they’re going to “look into it” because it’s a crime scene, and you have a coded message with that catchphrase -- that could be part of a clue that that character committed the crime.

So that’s just a couple of quick ideas for you. I hope everyone stays safe out there, and try to find some way to create some puzzles -- and create your own adventure -- in your house while we’re stuck inside.

Save 40% on mystery subscription boxes (including Escape the Crate!) at Camp Cratejoy's full collection of games for adults. 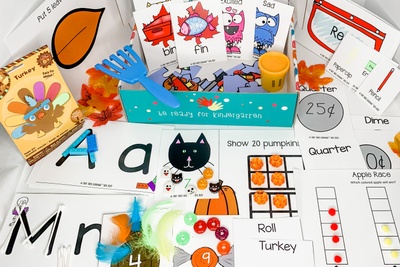 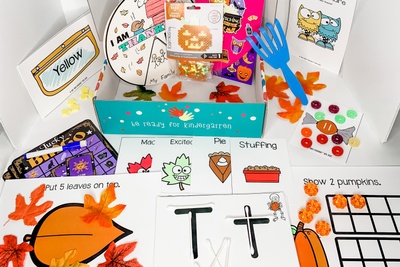 100% Customizable, Hands-On Learning Activities Delivered to Your Doorstep!
from $35.25/box 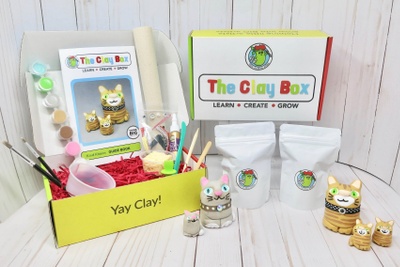 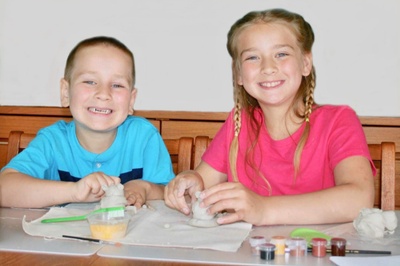 6
A hands on art kit with online video instructions for kids that love to create with clay!
from $22.08/mo. 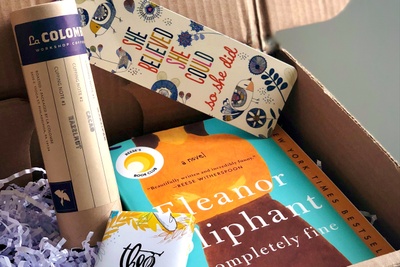 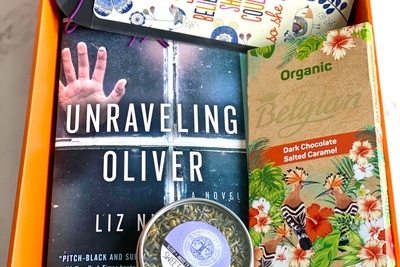 5
A box with book of your favorite genres, tea or coffee, and high quality chocolate
from $37.00/mo. 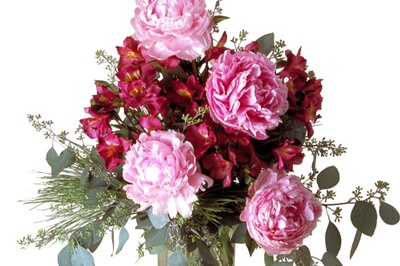 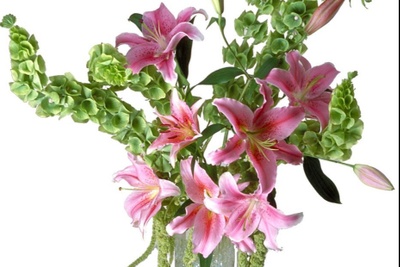 The Fresh Cut Flower of the Month Club

A Professionally Designed Seasonal Bouquet, cut just days before you receive it.