Welcome to Day 4 of Camp Cratejoy!

Today, we sat down with Lacey and Mallory, the team behind Box of Slime, the first slime subscription box of its kind! Lacey and Mallory were kind enough to fill us in on ways we could make our own slime at home -- and how to get creative with it.

Meet the Team Behind Box of Slime 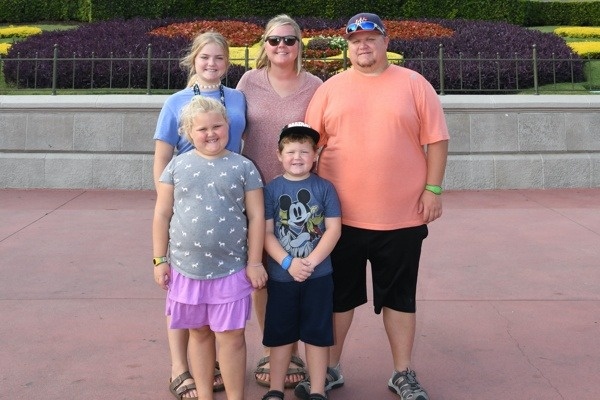 Box of Slime is a truly family-run team from the Midwest (Indiana), including Lacey, Thomas, and 3 kids (ages 14, 8, and 5). Lacey says, “We build every slime by hand and we also package every box by hand and with love.” Lacey and Thomas have been doing this alongside their full-time careers.

Save 40% off your first box of games for adults, at-home adventures for kids, snacks to stock up on, or self-care with any 3mo. or 4mo. prepay, using code CAMPCRATEJOY.

It’s easy to make your own slime! Whatever you have available at home, Lacey and Mallory have ideas to jazz up your glue-based slime for some creative fun.

And remember, when you play with it, keep the slime on your fingertips! Slime tends to be pretty sticky, and if you press the slime in the palm of your hand, you’ll have a big old mess.

That’s it! The world is your (super slimy) oyster.

Learn More About Box of Slime 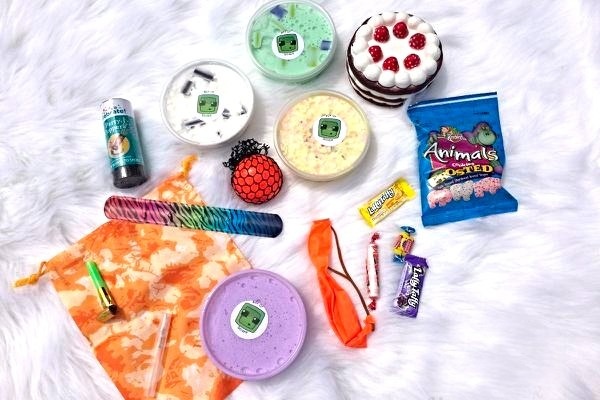 What inspired you to start Box of Slime?

Born from a backyard fire, in 2016 Lacey and Thomas, tired of spending loads of money on their daughters for ingredients to make and play with slime, set out to bring a professional slime that all people could play with and not have headaches of messes in the kitchen and wasted money on supplies.

After researching, we found that everyone was selling on Etsy, but there was nothing like a monthly subscription. So we founded and launched the first slime subscription!

What makes Box of Slime unique?

We offer the largest variety of slimes in the market. There are only a handful of companies that provide monthly slimes, but we make and package everything from our home.

In addition, we only ship within the domestic USA area. Our slimes are never the same month to month -- we thrive on having lots of different textures, scents, styles and varieties of slimes.

Our boxes are filled with love and we are so grateful and humbled by the support of everyone.

Read With the Video (Transcript)

LACEY: That's right, and today we have some tips and tricks for DIY slime. Number one -- slime is sticky because it's made with...

MALLORY: Also, make sure you play with it on your fingertips and not in the middle, or else you’ll get stuck and it’ll be real sticky.

LACEY: Number two -- clear glue is stickier, normally, than school glue, and so you'll definitely want to over-activate your clear blue slime, more than you would a white glue slime. Number three -- acrylic colors are best in slime. They stay brighter.

Number four -- to fix breaking slime, add lotion. It makes it nice and stretchy again. Number five -- keep your slime in an airtight container to prolong the life of your slime. And number six -- always make sure that your scents are skin-safe! Cinnamon or cinnamon-apple scents normally aren't skin-safe and can hurt your skin.

And then, we'd also like to talk about different items to add into your slime to make it unique and your own. First would be a butter or “slay” slime -- a butter slime to be added with (Mallory holds up packet of clay) Daiso soft clay, which is very awesome, and then to the slay slime, you could add Model Magic -- so you definitely want to add lots of lotion for that, it's not as soft as the base of the slime.

Also, with the crunchy and “sizzle” slime would be the weighted filler beads -- adds a good crunch, which I don't have in here to show today, or the fake snow, which is more of a plastic snow, which adds a nice sizzle, too. And then also, if you would like to add this in and make sure the slime’s a little bit thicker, you can have different colors in your container and they won't bleed together. Really, really cool.

Cloud slime would be Snowonder, which is an instant snow. Add your water and your “snow” -- you have to get a good ratio, otherwise that might not work out as well in your slime.

And then, another slime that we like is “jelly-cube slime.” You add these melamine sponges -- Magic Erasers is what most people know them as -- cut these up into little cubes and it makes a jelly cube slime!

Add foam with these mini microbead fillers, mini-foam beads, to add to your foam slime and just don't add as much slime as you would with those. You can add a little bit more of those to make a nice crunchy foam slime.

We also have the foam beads -- add this in, nice and colorful, crunchy -- or we have the foam pieces from the baby bumper for the cribs... nice and soft and squishy, has a nice texture. And then also, you can add glitter, or non-edible sprinkles, to liven up your slime. (Mallory holds up a canister of glitter triumphantly.) Mallory's favorite… (turns to Mallory.)

Is there anything else you'd like to add, Mallory?

MALLORY: This is my butter slime.

LACEY: She loves her butter slime… it’s purple and sparkly. Okay, thanks for hanging out with this today. See ya!

Save 40% on STEAM kits, crafts and games for kids (including Slime!) at Camp Cratejoy's full collection of activities for kids with a 3-4mo. prepay. 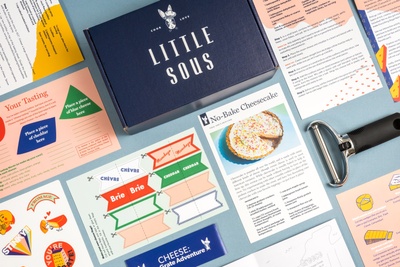 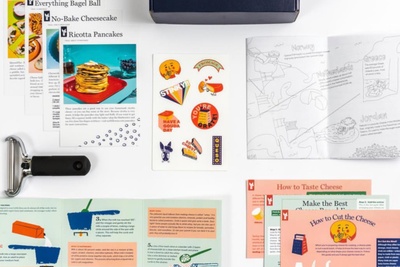 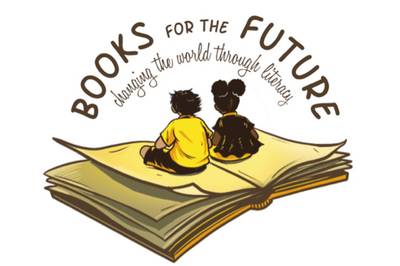 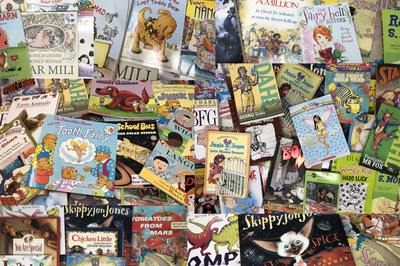 Books For The Future 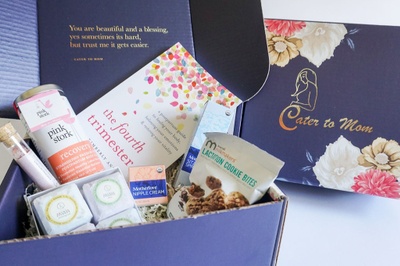 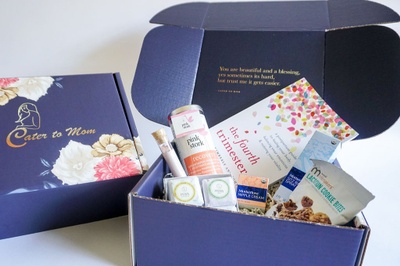 2
Postpartum Self-Care Box For New and Seasoned Moms
from $37.39/mo. 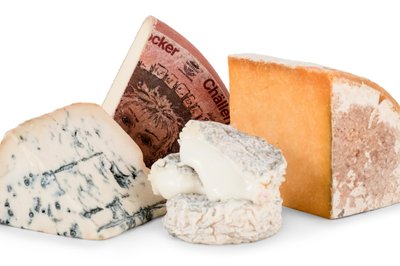 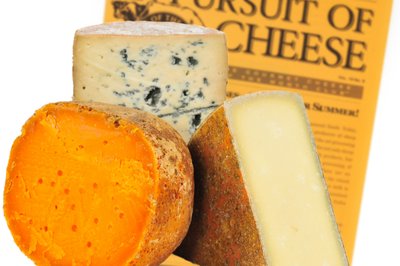 5
Three small batch, hand-cut artisan cheeses made from only the best, and often rare ingredients.
from $38.95/3 mo.