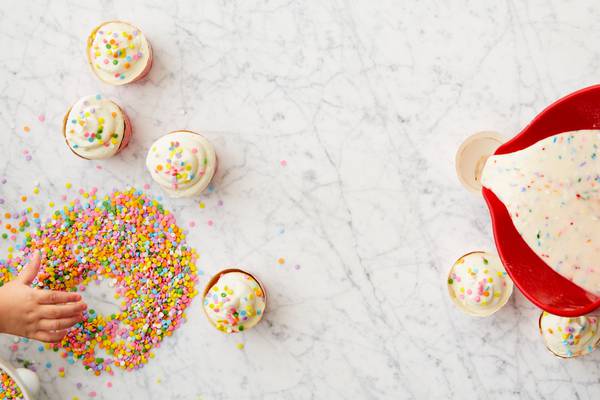 Disappointing and NOT worth $49

We were EXTREMELY unimpressed from the moment we opened the box. The box itself was punctured, but that could very well have happened in transit so I'm not dinging the company for that. First, the vanilla had leaked all over the inside of one of the bags, but thankfully we had our own. Then, the butter wasn't even cold. It looked like the cold packaging was not adequately sealed and thus not cold when it arrived. So packaging is an issue for this company, it seems.
As for the producuts: we received recipes and ingredients for a coconut cake and a lemon tart. We made the coconut cake tonight and even after carefully following the instructions, it didn't rise--not even a little. My guess is that the baking powder was old or had been frozen at some point. Now we're left with two coconut pancakes to frost instead of a two-layer cake. The taste of the cake was nothing special or impressive, either. Maybe the lemon tart will wow us...but I'm not holding out much hope.
Bottom line: This was super basic, the freshness of the ingredients was questionable, and the packaging was not temperature appropriate. Basically, I just paid $49 for what would cost, at most, $15 if I'd bought the individual ingredients myself.