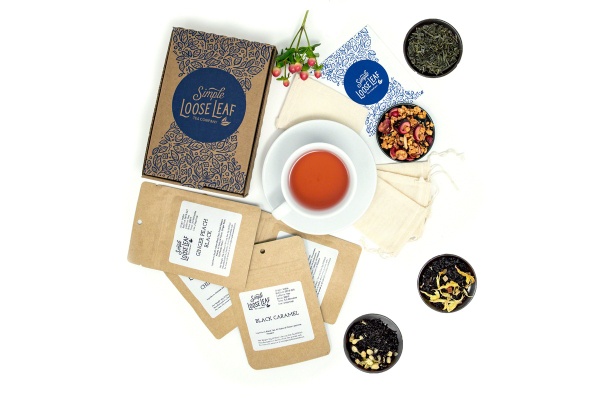 A Club for Tea Lovers

So maybe coffee is not for you. (I suppose people like that exist, hard as it might be for me to understand it!) Well, I had the opportunity to enjoy a free three month subscription to a club for tea lovers recently. My honest review follows.

We actually drink a fair amount of tea around here in addition to coffee. William especially likes to start his morning with “strong black tea” and we all enjoy relaxing cups of chamomile or blends meant to promote sleep and relaxation.

Simple Loose Leaf shipments include at least four samples of various kinds of tea each month, and a three-month subscription will only set you back $17 each month (plus I’m going to share a coupon with you if you keep reading).

Notice I said “loose leaf.” Most of us are used to our tea coming in little tea bags. I remember when I first got married my mother-in-law gave me a tea ball for brewing loose tea and I didn’t know what it was for! Of course the nice things about loose leaf tea is that you can experiment with how much you want to use to make a brew that’s right for you. And the nice folks at Single Loose Leaf kindly provide you with reusable bags so that you will be ready to brew your first cup as soon as you open your box.

I’ve received two boxes so far, each with five varieties of tea:... 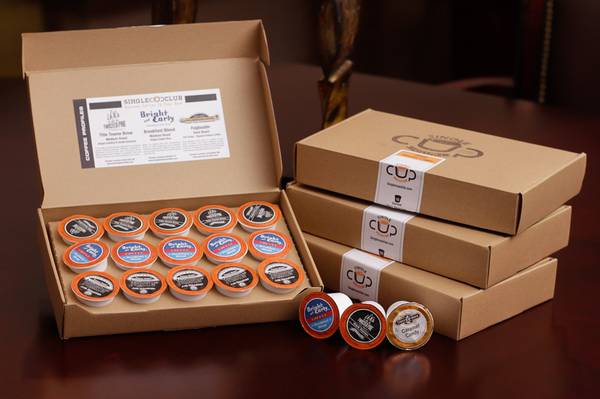 I’ve been hearing people talk about Keurigs since . . . well, forever it seems like! But I never thought of wanting one. In a happy coincidence, right around the same time my first box of coffee arrived, we also received a Keurig as a gift. I still prefer my automatic drip coffee maker–the Keurig cannot get it strong enough for my tastes–but John enjoys it and now he makes his own coffee so yay for that too.

I love these monthly subscription deals. I mean, really, I’m a sucker for them and I belong to several that I am NOT getting in exchange for blogging about them! So even though I think that the Single Cup Club is a little more expensive than the best deals you can find out there for Keurig-compatible coffee pods, the fun factor and the convenience of not having to look for deals and remember to order each month offsets that.

It’s also fun to get new kinds of coffee to try. Each kind is distinct. We’ve gotten to try six so far. My husband has liked all of them and he tells me that they are stronger than all the various samples that came with the Keurig. The weakness of Keurig-made coffee is a common complaint, so that sounds like a plus to me.

The helpful folks at the Single Cup Club also include a little adapter thing in the box of coffee, so that the next...