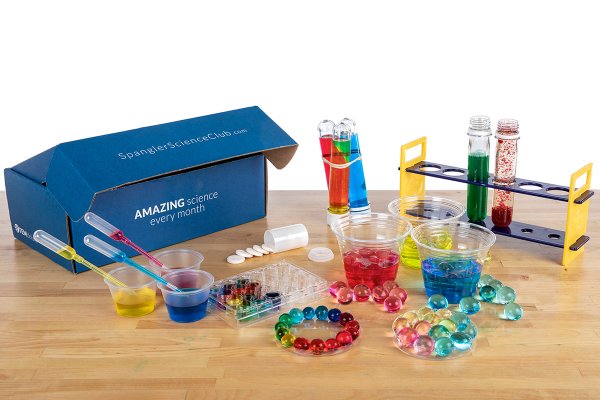 Spangler Science Club on May 2019

I ordered this subscription for my seven year old as he is really into science and wanted some new things to do.
Our first box came. It was slime. Slime! We make slime all the time and we can make it way less than what we paid for a subscription. I also had a package that had broken open while in transit. I did my best to scrape up as much as I could from it but it wasn’t (couldn’t be) the full amount! I contacted Customer Service and was promised a new crate to be sent. I never received that crate. They were contacted a second time inquiring about the replacement and no one ever got back to me.
I felt it fair to give it one more month to try...maybe, just maybe, it was a fluke and the next one would be incredible.
Nope. Just got our next box in the mail yesterday. Guess what it was...more slime! This time it was slime noodles tho.
This was a waste of my money! I am certain there must be another subscription science crate that isn’t just slime and has better customer service.