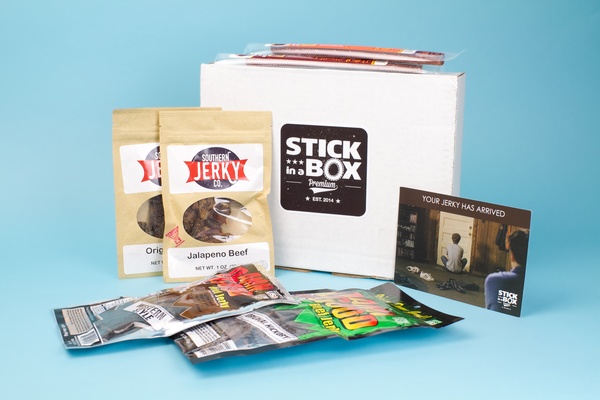 Repeats in a Bag

I was beyond excited to try Stick in a Box since I had never seen jerky subscription boxes before. I signed up and received my first box. I ordered the smallest box which was two bags of jerky and a meat stick. They came in a polybag with a picture printed on it for the company. Everything was loose and sliding around. When I got into the box and tasted everything, it wasn't my taste. Everything was extremely strong including the peppered jerky. I figured that box just might not have been my taste and others would be better. I let the subscription go for another month and I just received my second bag. I opened it up and right on top was a bag of peppered jerky.Everything was so similar to the last bag. I canceled my subscription and when I got an email from the company asking me to review the bag, I did. I explained how the bags were so similar right down the peppered jerky. After sending in the review I received an email back from the company. The email stated that "with the Lite subscription you don't get as many products as the full box, which would have included the variety you were looking for." The whole point of me purchasing this subscription was to try out different companies and different kinds of jerky. Not to be sent the same types/flavors month after month. I was very frustrated by the comment that I...