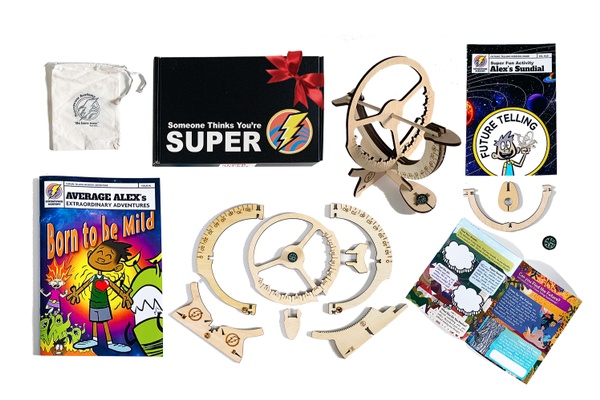 Superpower Academy on May 2019

So I absolutely adore this for my five year-old son who has been exhibiting a ton of frustration and issues around anger management. He gets so upset with his legos (for example) when they don't do what he wants them to or he drops something he's been working on. I've been working with him on meditative and visualization techniques but... he's 5, It's not easy for him to remember to be mindful when things aren't going his way. He was so super excited to get this box! He immediately created an entire story around it about how the "coy" (mentor to all people super) must have been watching him and knew he'd make a great cadet. He was adamant to begin and finish all of his missions immediately and I've been using it as a reminder that they coy may be watching him to determine if he is really cadet material and what would a good cadet do right now. Just fantastic! I don't think this would be great for him at age 10 (as mentioned in the recommended age range) but for 4-6 maybe 7 year-olds, definitely awesome! He's convinced that when he finishes his missions at the academy, he'll receive his super suit. Guess I need to start shopping for that ;-)