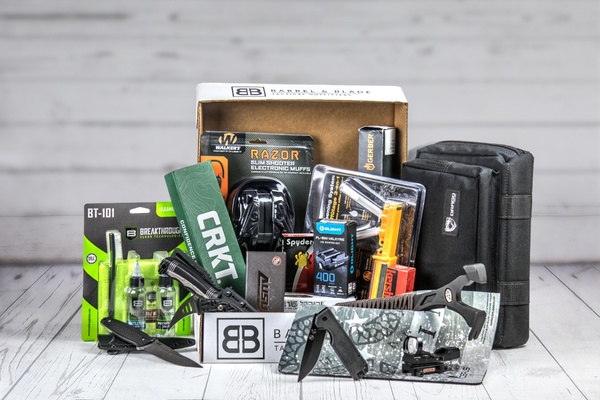 So I have to say I'm generally a hard critic on gear; I use it on the pro level. I was somewhat skeptical of this box but wanted to give it a shot.
Know that if you order is box, you will be waiting for a little bit. I ordered it on the 21st thinking I would get it sometime around the first and I ended up having to wait until the following month.
With that being said, I'm impressed.
I expected a "starter box" with a plate carrier but instead got the current months box, the pistolman themed one.
Individually the contents would have been between 20-30 dollars each; my price was 95. For one box, I got a duty belt with belt keepers, a drop leg holster, a pistol soft case, shooting gloves, and a multitool for cleaning and repair. I feel like the value of what you pay matches what you get very much. If you're thinking about it, do it! You won't regret it.