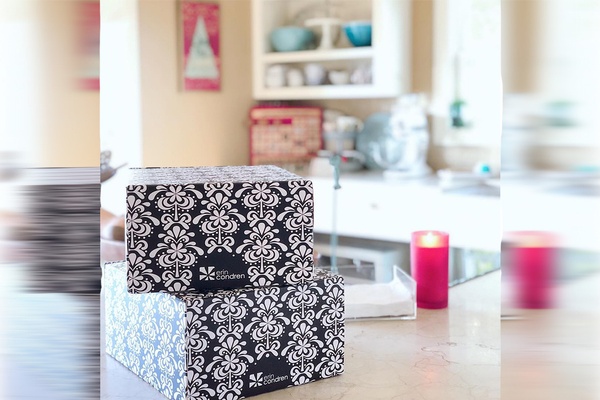 This was the first seasonal surprise box I have purchased, and I'll admit it was an impulse buy while we were on trip! I eagerly awaited its arrival in June. Shipping (once the box was released) was prompt and it even arrived a few days earlier than expected. The box was a little scuffed up, but I didn't mind and in fact I was pleased that it wasn't packaged in an additional outside box (would have been wasteful)!
I had some reservations with this being my first box (value for money, particularly) but I wasn't disappointed and will definitely order again!! The materials included inside the box were definitely worth the $35 I paid. They seem high quality, but I've only had them for a few days. I received a wristlet, an undated petite planner, a mini notebook, some stickers, paperclips, a pen, and a laminated EC planner cover. Way more than I expected to receive! It was a very summery, but not overly polarizing to me, theme. I think the items would fit multiple styles/aesthetics.
All in all, I would recommend the seasonal boxes (based on my experience) if you like good value for money surprises!