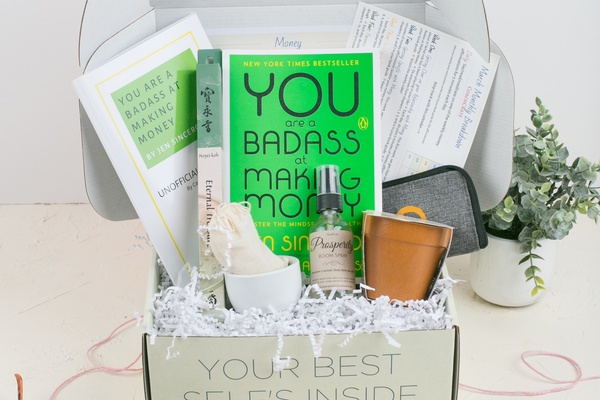 Lifelong Subscriber After Just One Box!

Honestly, I signed up for this box because I thought it was a really cool idea, but I wasn't entirely sure what to expect or if it would be able to actually coach me through anything since it was just a box filled with stuff. Well, let me tell you, it has been one of the best subscription boxes that I have personally ever signed up for. I love that it has themes that we are all working through in the month together, and all of the products revolve around the theme. Then you also get a community that are working through the box as well, and have Cassandra popping in all the time to offer encouragement and support. It is more than just a box with some stuff in it, and I actually did get so much out of it. And, what's more, is that it made me feel even more empowered because even though I had all of the support from the group and the activities in the box, I was making the conscious decision myself to go through the steps myself and do the work. So you get the coaching aspect, but you also build your confidence because at the end of the day you are still the one choosing to show and do the work or not. It's pretty powerful stuff, guys!