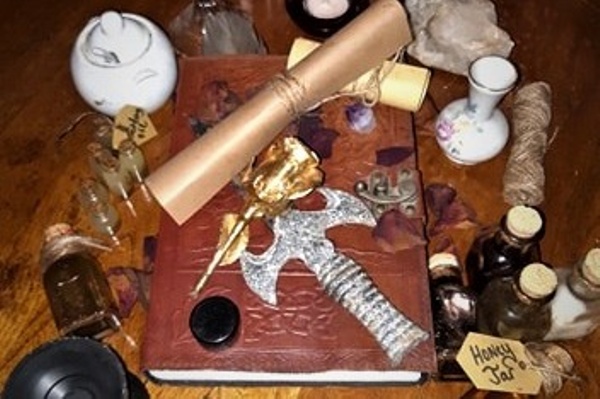 While a $25 box may not seem expensive, you at least expect to receive a BOX with some nicely curated items. I notice that the box I chose is no longer listed with this seller. What I received is their cheapest subscription and inside it was a feather, a small vial of vegetable oil, table salt, dried rose petals and a handwritten Sabbat note. It arrived in a padded envelope, the oil was spilled inside the package and within a day was congealed like bacon grease. I immediately emailed the seller and received no response. I found them on Facebook and emailed them there. I got a response and an assurance that I would receive the correct box.

I never received it. I contacted them again and was told that he would "check on the delay" and I have heard and received nothing. This was back in August.

As an experienced practitioner, I was insulted that they would call this a "Sabbat" subscription. It was not what I subscribed to. Secondly, it is insulting to send this type of garbage out and try to tell people that it is appropriate for use. I am not sure what they send out in their big box, but it must be packaged and selected by someone else to have received a good review from other subscribers. However, I am seeing more negative reviews than positive and they seem to be similar to my own.

It would be nice if they would at least...