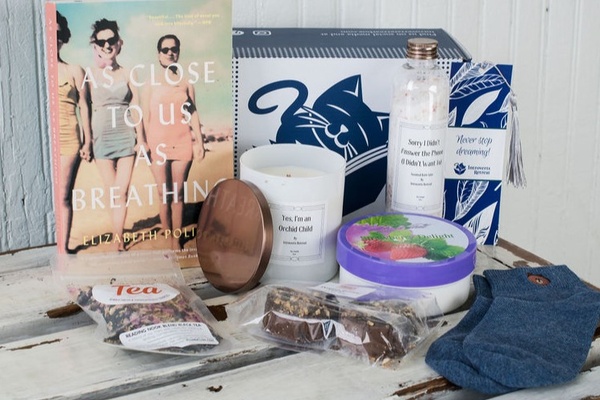 Subscription boxes One and Two.

I love the idea of a box for introverts but the execution of this box is lacking. The treats have been less than exciting - the last one was a roll of cream filed cookies (Grandma's) like you might find in a gas station/mini-mart. The books have been older - one was published in 2011 and the other in 2013. I have received two boxes and neither book was of interest to me. If they had been, I would have read them years ago. I don't believe either box offered a beverage - a teabag would have been nice. There doesn't appear to be a theme which is hard to understand these days when Hygge is huge and there are so many many magazines and books about Mindfulness and Calm, Simple Living, etc. In the first box I received a camel colored scarf that said it was cashmere and it felt very nice but had spots on it that looked like grease marks. I hope the curator of these boxes can pull it together and do a better job as I think the concept is brilliant!