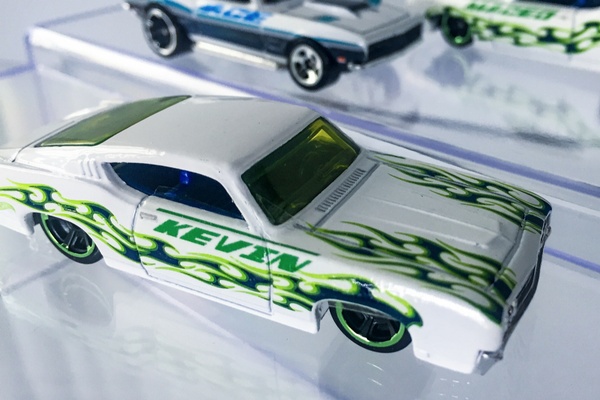 I was initially very excited to gift this subscription to my son in law for Christmas and had spoken with Phil extensively through email ahead of time. At that point he was very responsive and I was impressed with his customer service. Then things went south. Both the December and January cars had the wrong name on them, so he sent an extra car in the February box ... and that was the last shipment that was sent. One of my daughter's friends thought it was such a cool idea she bought a 3-month subscription for her husband and was glad when it was over because she also got the run-around. At least I know I am not the only one having these issues.

I understand these are custom cars and he can "only do so many in a day"... but then he needs to limit the number of subscriptions he takes or hire some help. I feel like a jerk when I consistently have to reach out month after month to ask where the car is. I told Phil he makes me feel like I am begging to get what I've paid for. As of this morning I have asked for a refund for the remaining 9 cars he owes me. It's a shame since my son in law was so excited.