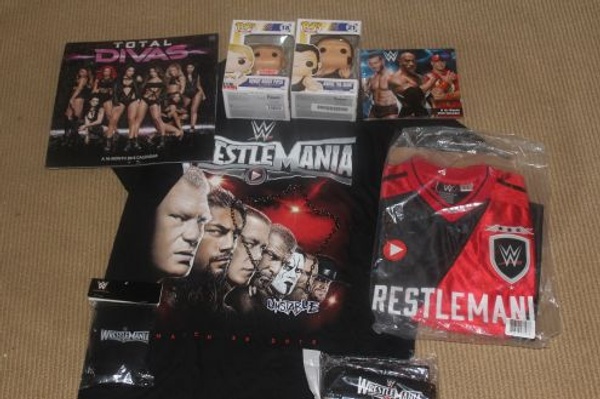 My box came looking beat up. Upon opening was kinda confused by the bella head bands and women's shirt. I had ordered the box for my fiance. Also the pop figure was solo...no box. I contacted the seller who was able to explain he though since I was female he would cater the box according to that. Was a nice thing really that that much thought was put into it. For the mix up seller sent a shirt and boxed pop figure. Cos communication would have been nice before box had went out. All in all wasn't so bad at all