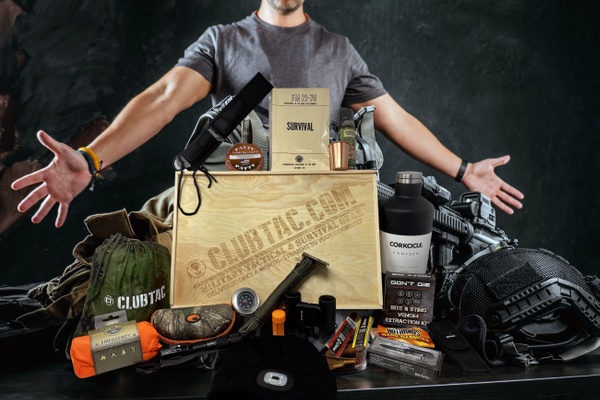 Edit!
The second box which was lacking in quantity made up for it in usefulness and quality. That still doesn't change the fact that not one person had looked at this in over a month almost 2 and that I still am unable to access my account due to the fact that I have an android phone.
I'm an outdoors loving gal who enjoys her tactical/survival gear. I placed my order on Cratejoy after a look at all the good reviews. Seemed like a reasonable deal. I did the second level up on their drop down list Standard instead of Basic. Paid basically $20 more a box because the description said the contents would be worth nearly twice the amount. Well, I recieved my first box and was pretty surprised by the contents. At fifty some dollars a box I got about 35 dollars worth of stuff. I will admit some of it is nice but the rest is just tid bits worth a couple bucks a piece. I signed up for a year's worth of boxes... that's a pretty sizable chunk of cash. I can understand that buying in bulk gets the business a discount per item compared to what someone could buy a single item for but I still feel like what was recieved wasn't worth what was paid. Definitely not what was advertised as at least $110 worth of gear. I hope the next box is more impressive. Also would like to add that user...