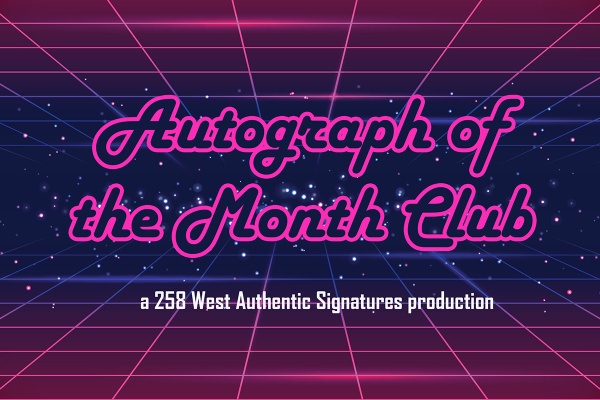 I was impressed for my first order

Autograph of the Month Club on Jun 2018

Although I had known about the AOTM Club for a while, I held off on starting because I was hoping for a better discount for a one year subscription paid in full. After a few months seeing my buddy get some pretty great stuff, I decided to just sign up. Although I only signed up in late December, my first package arrived, and it was an awesome Peter Weller iconic Robocop image signed 8x10, in its own protector. This was a great start. However, I did talk to my buddy who is also a subscriber, and while he also got what I think is a Robocop Peter Weller, he got some image which definitely isn't as good, and was more of an upper-chest image that is probably from Robocop, but more like a police officer's uniform. I would have expected uniformity amongst all the photos, and would recommend doing the same photo for everyone. It is easy to tell which ones are awesome and which ones are meh, and since I imagine they are paying for a certain number of hand-signed autographs from the celebrity, they should be able to get the same great picture signed for everyone.