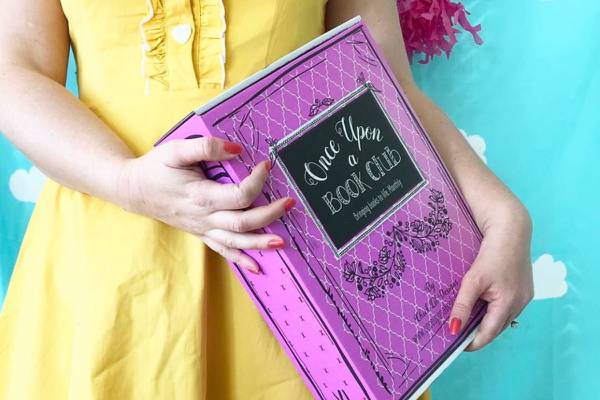 The concept for this box is really great, but unfortunately the box I received didn't live up to expectations.
The good: As I said, I really like the idea of waiting until certain pages of the book to open a wrapped box. It was exciting, and kept me reading. The best part is that there are little post-it stickies on the specific page to remind you to open your box. That definitely takes a lot of work, and I admire the dedication from the curators!
The bad: The book itself (The Last Piece by Imogen Clark) was terrible. It has a 3.89 rating on GoodReads and I honestly have no idea how it could have achieved that. The prose was extremely pedestrian, the plot was completely predictable, the characters were one-dimensional, one of the main characters was downright unlikable, there was a bizarre twist towards the end of the book that was not explained at all and just accepted as normal by the rest of the characters, and after 2/3 of the book I basically just hate-skimmed it to get to the end. I read like a self-published Kindle free-book by a talented amateur writer who never met an editor.
The gifts in the box were either uninteresting/cheap or only loosely tied to the book, which I think undermined the concept of this box. There was only one thing in the box that I ended up keeping (and it definitely wasn't the book itself).
Overall, a good idea that is lovingly,...