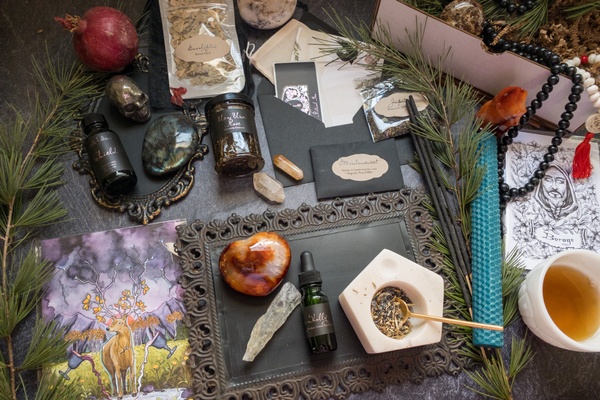 After a lot of thought and consideration I recently placed my first order with Magickal Folk. I decided to go with their largest box, The Good Golly Kit, and waited in anticipation for what I was positive would blow me away. The box was set in two shipments. The first one (the smaller of the two) was nothing special. It was "okay" for it was but I didn't mind. I knew I had a larger box coming and I figured that's where I would be amazed.
I got shipping notification for the "big box" and stalked tracking. When it arrived I was first of all surprised by the diminutive size of the box. I decided not to judge rationalizing that it could be filled with awesome quality products. I opened up the box and the first thing I noticed was the poor packaging. It looked like everything was shoved in there without much thought or consideration. It's a little thing but the care a company puts into their packaging says a lot.
I continued to hold out hope that the contents would wow me. I began pulling out the contents with anticipation ... excitement ... confusion ... disappointment. The box that was supposed to amaze me, the box I ordered specifically because it was the largest they had and I was expecting to be blown away, left me absolutely disappointed and dumbfounded. For what I paid for this box, ($78.50) I was expecting to be captivated and enchanted. You... 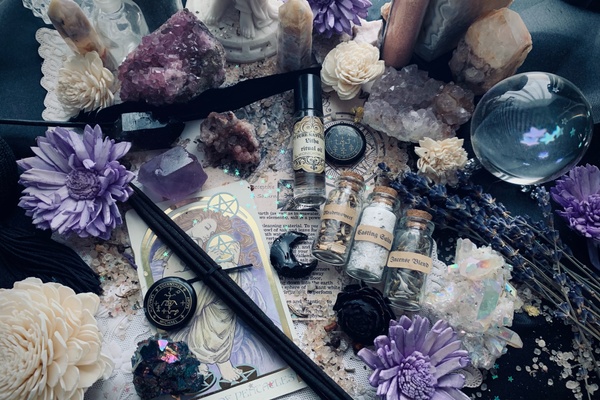 I received my first box today and everything has exceeded my expectations. First I feel like I can't properly review SugarMuses without speaking of how wonderful a person Kristi is and how her customer service is second to none. Before ordering I contacted her to ask if her boxes were vegan friendly. She was very prompt in responding to let me know the boxes did include beeswax candles. When I asked if she could leave the candles out from my box she was kind enough to offer a surprise replacement. That meant a lot to me. I signed up for my first box and anxiously awaited its arrival. When I opened my box the first thing I took note of was this warm loving energy radiating from the box and how beautifully everything was packaged. The contents themselves were absolutely breathtaking and the quality is impeccable. It is very obvious that a lot of thought and attention went into the selection of each item and all of the contents flowed harmoniously with this months theme. Even the surprise item - that Kristi was kind enough to substitute for me, as I mentioned earlier in my review - was obviously chosen with care and regard to this months theme. My entire experience with SugarMuses has been absolutely phenomenal and I can't wait for next months box! To anyone considering ordering, I wholeheartedly recommend this company. From the outstanding customer service to the absolutely enchanting boxes the whole experience is a magickal...

I received my third box from SugarMuses and once again I am blown away by the contents, the packaging, and the vast amount of loving energy within. Opening a box from SugarMuses is a captivating and enchanting experience. Everything within is carefully selected, not only to be a stunning addition to your collection, but with love and intention to flow together with the months theme. This is a box I highly recommend.