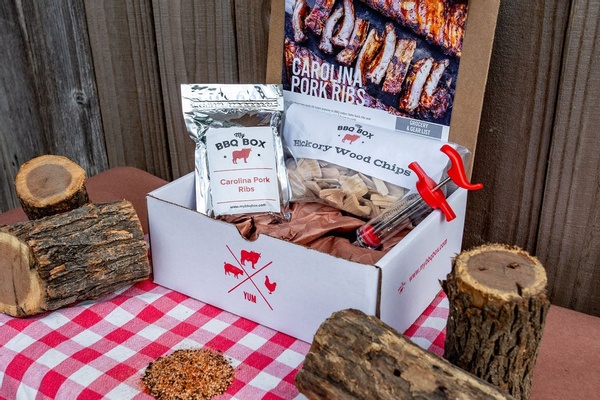 My kids got me a subscription to My BBQ Box for father's day this year and I received the first box in time to cook brisket for the 4th of July.
I have a Traeger Elite grill and have done brisket a few times, but was never really satisfied with the results even though I was very careful to follow the prescribed techniques. Don't get me wrong, they were great, but not as good as I expected based on the results I had with other meats and methods.
The July box came with the following:
- A generous portion of Texas brisket rub; no sugars added, just salt, various peppers and herbs ( I like the no sugar approach )
- An application shaker for the rub
- A beer koozie ( at least that's what it is in Texas :-) )
- A bunch of american flags ( very patriotic, thank you )
- Grilling instructions; these were well written and easy to follow
I followed the provided instructions, which I adapted a little for use on my Traeger, and BBQd a 17lb+ brisket. 17 hours later the results were better than I expected and arguably the best brisket I have ever managed to produce. My family really enjoyed it and so did some of my co-workers that I provided lunch for the following week.
I had written brisket off my BBQing list, but its back on now.
Thanks for the July BBQ Box and I'm looking forward to what August will bring. BTW,...