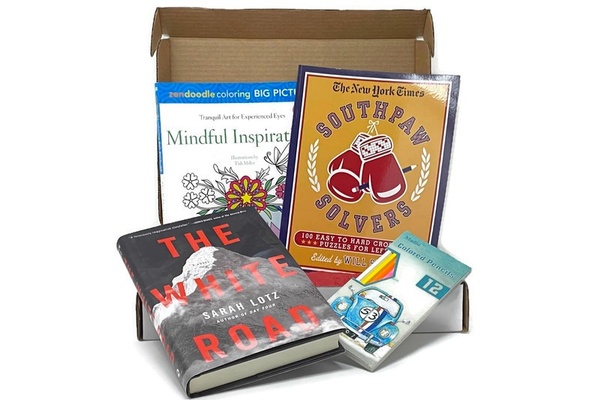 Coloring And Classics on Oct 2019

A mistake was resolved within MINUTES (AND on a Saturday night). You can tell the company owners care about their customers and take great pride in their products.
I needed to update my review.
When I submitted this back in June, it was after I received two of the same package (thinking it was for two different months) and instead learned there was a duplicate subscription box mailed accidentally. You allowed me to keep it rather than return it, and I said I would keep them in my classroom in case I had a day when my students needed to relieve some anxiety.
Over this past weekend, my district suffered a tragic loss as one of our seniors passed away in a car accident. His classmates were unable to do anything in class today - they didn't talk, move; they cried quietly and stared into space.
I pulled apart the books (that did bother me - they are bound so beautifully) and handed out crayons. Being able to have some regression therapy was exactly what was needed for some of them. They began talking, sharing their art work with their friends (and hanging it on my walls!), and even smiling a little.
Thank you for allowing me to keep them. I believe things happen for a reason. I know now why I received that second box last June.
Thank you again.
Doreen