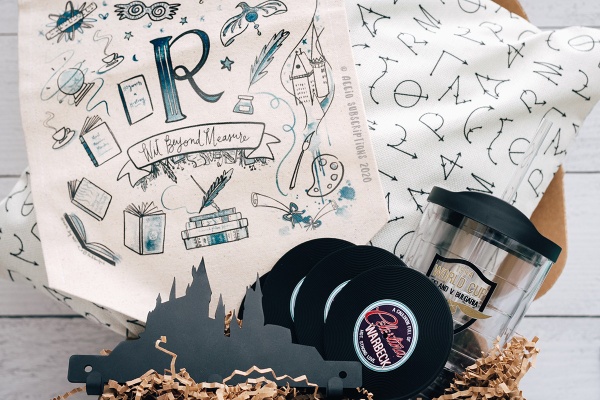 Monthly magical goods for every Potterhead!

Accio! is the only cruelty-free subscription box 100% inspired by the Potterverse. Each Accio! Box is specially curated for adult fans by our team of certified Potterhead nerds. That means we take great care in choosing only beautiful, high-quality indie & handmade items that we would want to receive ourselves! Save up to 20% with a package deal! 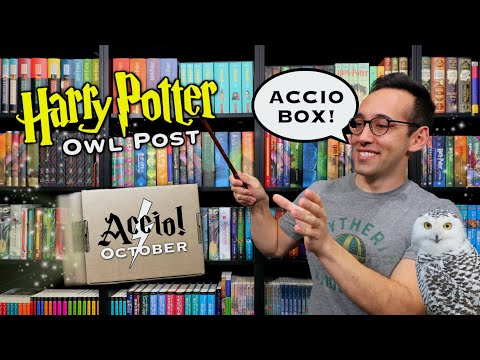 Q: If I place an order today will I recieve the november box or the december box?Asked by Grace L., November 2019

If you order after the 15th of the month, you receive the next months box

Q: I am signing up, but can you order December box?Asked by Kiki W., January 2020

Q: Do you know what the themes will be for the upcoming fall boxes?Asked by Amanda B., August 2020

I have subscribed to a handful of HP boxes in the past few years and Accio! stands out as my favorite for so many reasons.

For instance--and I don't know whether I would have considered the following my favorite thing about them a year ago, but it has become *much* more relevant in recent months with so many other boxes failing in this regard--the owners are (1) careful not to sell boxes beyond their ability to curate items in a timely manner, and (2) they are always 100% transparent about any delays. (Not that there are often delays, mind you. But their transparency and openness about upcoming delays stands in stark contrast to the silence I've encountered from other boxes that either say nothing at all about delays or that keep stringing subscribers along with empty promises that "boxes ship out at the end of the week" for several weeks in a row.)

Another thing I love about them is that they work hard to procure a variety of items from independent artists. So first of all, yay for supporting small business! (They're very careful about not taking others' intellectual property with knock-offs. RESPECT.) Second of all, yay for variety! I've subscribed to other boxes where each month seemed to be variations on the same thing over and over. Prints, shirts, pins, and teas are great, but they lose interest when it's the same thing every time. (Unless that's exactly what you want every time, in which case those are probably great...

The best subscription box not only because they are cruelty free but they have the fastest and nicest customer service! Definitely recommend

I have been subscribed to Accio! Box since December 2017. I got it as a gift for my husband and ended up renewing the subscription for the whole year. We absolutely love the products in the box and the value is great! Everything we get is unique and high quality and most of it is handmade/supports small businesses which is extra awesome. Give this box a try if you are a Harry Potter fan. You won’t regret it!

Beautiful and subtle Harry Potter things. Keep wanting to save money but cannot cancel! Subscribe and you will not be disappointed

This was my first box, and it was AMAZING. Not only that, but they have AMAZING customer service. I am SO happy.

Love it!! Everything is high quality and tasteful and, most importantly, things I will actually use!!

One of the best subscription boxes I’ve ever received! Every item is of high quality and useable. I love this box and look forward to it each month.

I love this box! The items are so unique and absolutely amazing.

Hated the ‘running’ theme. Cancelled my subscription because the last two boxes have not been worth it. Sorry

Flag
Read All 81 ReviewsSign in to write a review

Past boxes from The Accio! Box… 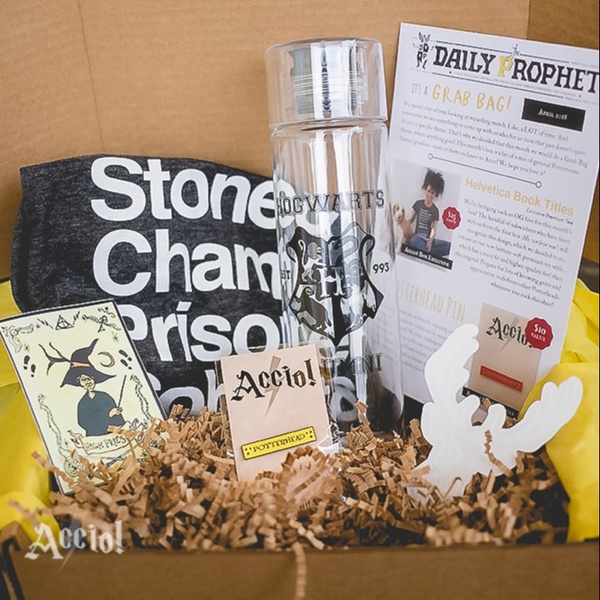 This box contained items we loved that didn't fit with a specific theme. Featured a t-shirt, water bottle, enamel pin, decal, and sticker. 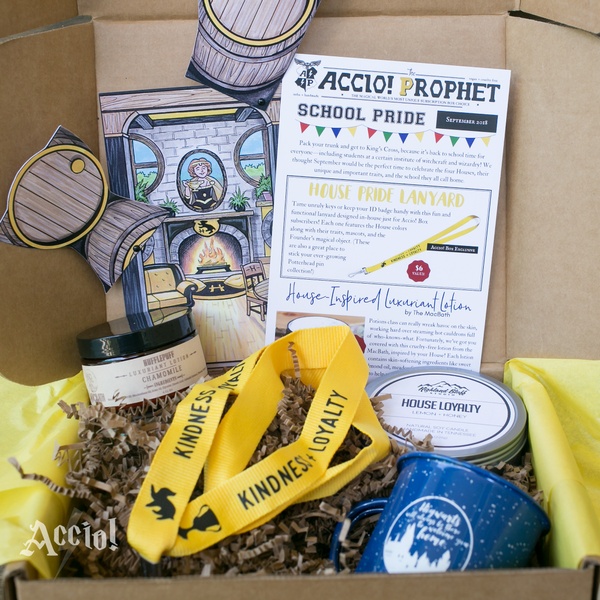 This box was all about the four Houses and what makes each one unique. It featured a print, lanyard, candle, mug, and vegan body lotion. 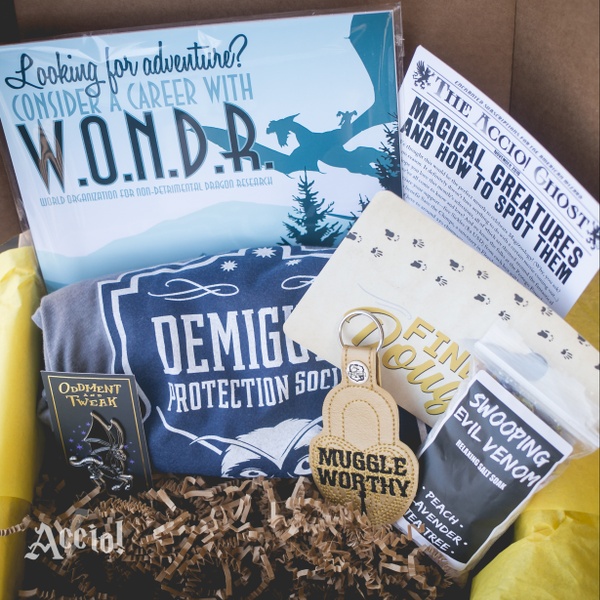 November 2018 - Magical Creatures and How to Spot Them

Accio! appears in these collections...

A Few of Our Favorite Things

Best Geek and Board Game Boxes

Your box will ship by the 10th of every month. Boxes ordered during the current month will ship the following month.