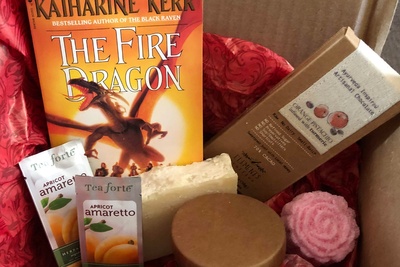 Subscribed to this box at the beginning of May. As this was my first foray into subscription boxes, I sent an email asking if I would receive a box that month or the following month. No response. Sent another email asking the same question because again, I'm new to this whole thing and still nothing. I only received an email from Cratejoy when I reached out to them with the same general questions. Came on here today since Cratejoy was able to explain that the first box would be mailed out on 6/15 (today). Didn't see any tracking # in my account. Sent an email asking for the tracking # and explaining that I had sent numerous emails which all went unanswered. Said that if I didn't receive a tracking # by close of business tomorrow, I would be cancelled. Finally received an email asking me to cancel. Super classy. Instead of just providing a tracking number or even communication if the box was going to be delayed, they instead chose to cancel and refund my order. Works for me! Don't have to deal with an unresponsive person who doesn't communicate with customers. I'll take my money where it's appreciated to a company that actually knows and understands customer service.

2 Boxes and No Answers

I always wanted to try a book subscription but I’m a slow reader. I found this seasonal box with 4 books a year and thought a perfect box for me. I subscribed for the year and I only got two boxes out of it.
I understood why the June box was canceled. Covid really hit hard the first time and small businesses were all trying their best. We were promised a return for the unsent box, never got mine. I messaged the seller, but no answer. But I subscribed for the whole year so I thought maybe I’ll get the next box and then I will get my refund. No box in September and no refund. I contacted the seller again, no response. So I contacted Cratejoy and they told me they will get back to me when they get into contact with the seller. So far they haven’t gotten back to me.
Very disappointing experience.