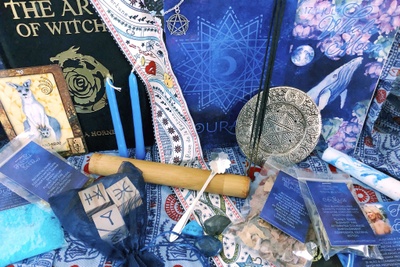 Spent over $200.00 for two gift subscriptions that should have ONLY BEEN $50.00 EACH for a one time purchase. It has been over 2 months have received NOTHING. They NEVER answer inquiries. If you joing thier facebook group and complain, they block your comments. DO NOT ORDER FROM THIS COMPANY!!!!!

Paid for 12 months boxes in February. Its now the 12th of April and I have not received a box. Nor have I had any response when asking why I haven't received anything.

To start, I ordered in August, expecting to receive a September box, but didn't receive my October box until after the full moon anyway, but to make it worse, it was a blue moon, super exciting because Halloween and I recieved a bright pink 'quokka moon' package.. bit confused as thought (with how money hungry the owner obviously is - ripping people off is not manifesting financial abundance 🙃) the owner would capitalise on that... I was aready charged for my second box but cancelled soon after seeing the quality of the items.. just received a BLUE MOON box for the 30th of November.... Where is the information coming from? That's a big mistake ?

Not worth the trouble

As lovely as the items are in the boxes its just not affordable. Customer service isn't the best. I had three payments come out before I recieved my first box. I ended up cancelling my subscription because it was just ridiculous.

Getting the run around - have received nothing. They want money for a 3 rd box today. Plus l paid for a mystery box weeks ago.... Still nothing.
Cancelling my subscription

Very late with delivery. January box was meant to be sent in December, in time for the January moon. It wasn't packed and sent until the end of January and I received it early feb. Not much in the box. I estimate the value to be $20 at the most. Not worth the cost and waiting so long to get the box. 1 item was also missing. Very disappointing