Enter your email address below to receive a notification when Bojerky Beef Jerky Subscription Box starts accepting new sign-ups!
Did you mean ?

Enter your email address below to receive a notification when Bojerky Beef Jerky Subscription Box is accepting new sign-ups again.
Did you mean ? 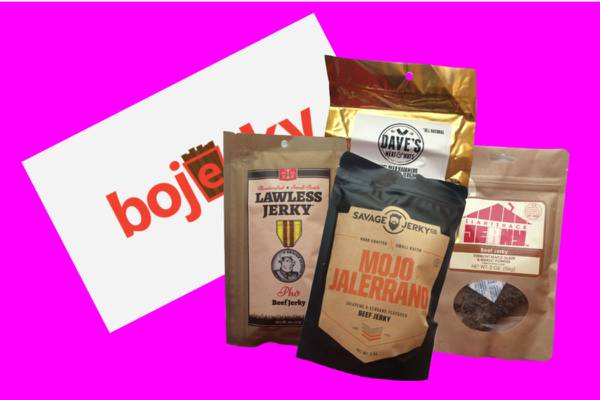 $10 off a regular or double shipment! with JERKY10
Plans as low as $20.00 / month
We'll notify you when it's back
Product Overview
In the beginning, there was Bojerky
Bojerky isn't just a subscription to beef jerky- anyone can do that- bojerky is a subscription to jerky you can't get anywhere else. We go into the mountain towns and the swamps and into back alleys to find you the best, most unique jerky out there.

I bought this subscription box for my dad for his birthday, and he liked it so much more than I even expected! He is hard to shop for and has a tendency to leave movies, books, etc. gifted to him unopened for YEARS, so I wanted to get him something that he could consume and be done with. Every month he tells me about which ones he got, which are his favorite, and how he loves having something to look forward to like this! (which is unlike him!) Love it - the gift that keeps on giving!