Cooking with Insects is Fun and Educational! It's Super Healthy, Humane & Environmentally Friendly. 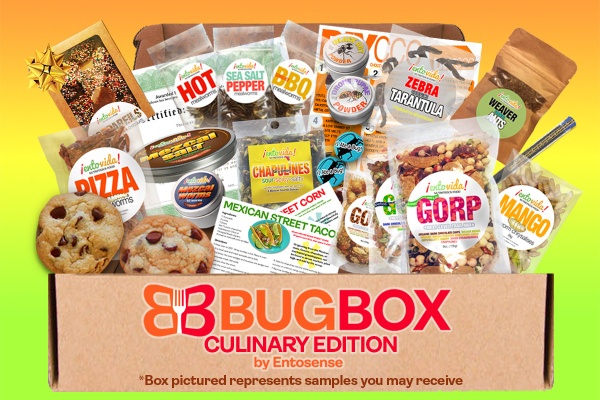 A Culinary Adventure with Edible Insects

<p>GET A CULINARY BUG BOX DELIVERED TO YOUR DOOR EVERY MONTH! Cooking with Edible Insects Subscription Box Discover a new culinary adventure using edible insects. We&rsquo;ll ship a new and exciting Culinary Bug Box to you every month. Each box will contain the materials you need to create exciting meals that help you add insects to your diet.</p>

Q: How long will the ingredients keep?Asked by Allan G., September 2020

Q: How many servings are in a box?Asked by Allan G., September 2020

About 2-3 servings on my order. Mostly git a bag of crickets worm salt and citrus ants and recipes cards. Kids liked it. Bit overpriced

Q: When is my subscription billed?Asked by Allan G., September 2020

Q: Do the ingredients need to be refrigerated?Asked by Allan G., September 2020

Box never shipped, I tried contacting both the seller and cratejoy. Never heard back from them or cratejoy apart from cratejoy saying “we’ll look into it” and “take it from there” so “no need to make a second request”. Never ordering from either ever again. I want my money back, but I don’t expect anything to happen, if I don’t, I’ll just call it as I see it. This was a Christmas gift... worst part was, I was just notified it’s about to renew. I’m notifying you, that I’ll be talking to my bank about this matter.

Never shipped. No answer to requests.

I'm really frustrated at this point. I ordered this box 12/13/20 knowing shipping was delayed nationally. When I found out my friend hadn't received her box by 1/6/21 I emailed Cratejoy support with my order information. Today is 1/13/21 and I still haven't gotten a reply. The USPS tracking number shows "January 3, 2021 at 11:00 pm Shipping Label Created, USPS Awaiting Item".
(1/25/21 update): I received a response via email from Susan Broadent the evening of 1/13/21 assuring she'd look into it. When I hadn't received a response by 1/23/21 I sent another email and a facebook message to Entosense Inc. Neither have been responded to. I contacted Cratejoy again for assistance.
(1/27/21 update): Still no response from my request a week ago via email or a response to my facebook message. Contacted Entosense again via email regarding an update. USPS tracking still shows pre-shipping label created with no updated shipment or tracking from 1/3/21.
(1/28/21 update): Received another response from Susan explaining that she and her brother are the only two running the business right now and she's been away for an emergency.
(2/1/21 update): Requested a refund via email from Susan.
(2/2/21 update): Refund received...

Never arrived. Can’t get ahold of anyone

Never received. Couldn’t get ahold of anyone at the company for any information on shipping and haven’t been able to speak to anyone about a refund either. Spoken to others who had similar problems with this company. CrateJoy should remove this company from their site.

As other reviewers have said, I have not received my box and they've stopped communicating with me. I ordered this as a gift for someone in November of 2020, and it's now February 2021. I'm reporting them to my credit card company as a scam organization. Cratejoy needs to stop doing business with them immediately.

I love the culinary bug box, I was kind of upset when they took the bug booth out from the fall festival cuz I used to always get it now I can get a monthly supply of them lol I love it they taste great actually I have been putting some of them on my peanut butter and jelly sandwiches....Also when they accidentally took money early for the next box they were awesome in giving me both this month and last months box💜❤️🧡💙💚💛🤍🖤🤎

Past boxes from Bug Box Subscription… 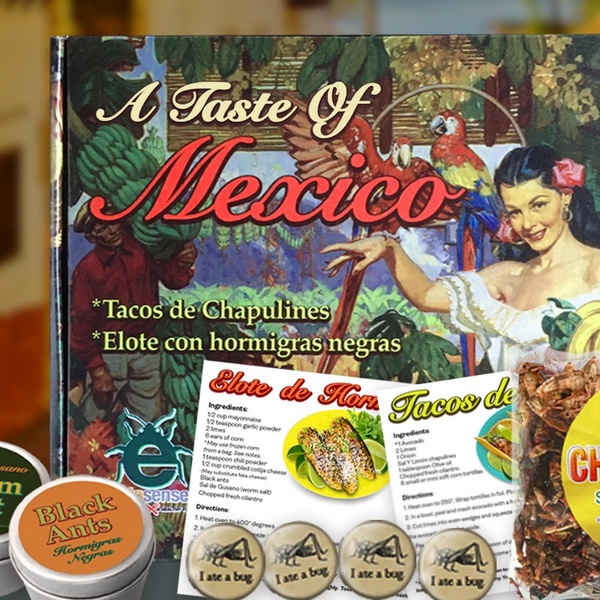 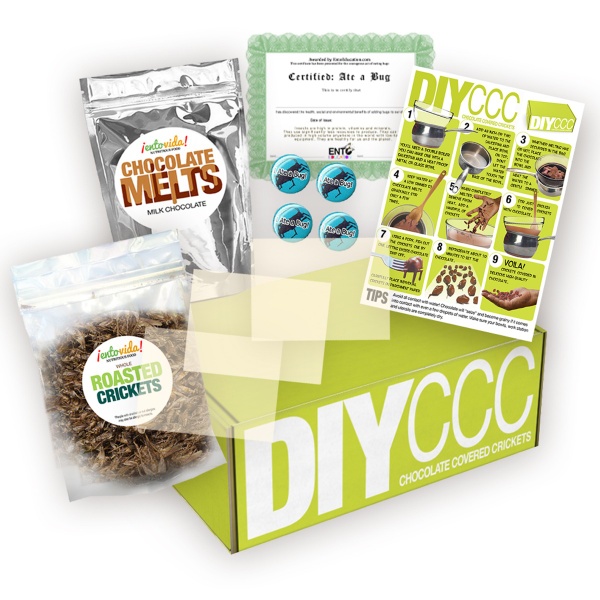