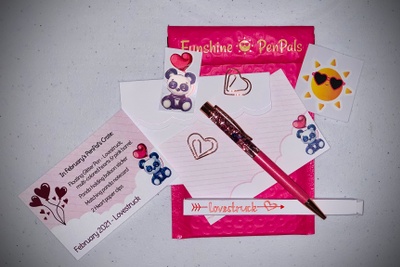 by Funshine Pens
Floating Glitter Pens you can't buy anywhere else. Colors and designs that are sure to sparkle!
★★★☆☆2 reviews
Plans as low as

Not a good experience

My subscription was for three months and the pen arrived quickly but the quality of the pen and the refills left much to be desired. February's pen arrived and again it was nothing special. I saw a few pens on their site so I took a chance and purchased just over $50 worth. I never received a confirmation or receipt. Just under three weeks later I had to email to find out where my order was. No explanation or apology was given, and a day or two later, I received tracking information. At this time I knew I wouldn't extend my subscription. The pens arrived, and I was not impressed and a bit upset I spent more money, because I wanted to give a small, woman owned business the benefit of the doubt. The first week of April roles around and my March shipment is no where to found. No tracking number, nothing. Again, I had to email to ask where my shipment was. Again, no explanation or apology received, just tracking information. At this time I canceled so my subscription would not renew. Great idea but communication and product quality need work.

The pictures show the pen having a lot of glitter in them but the one I received had only a little glitter. Nice weight pen but wanted more glitter. I like supporting small business owners but this box needs more work done on it.
Plus the quality of the pen is not what I would expect for the cost of this box.