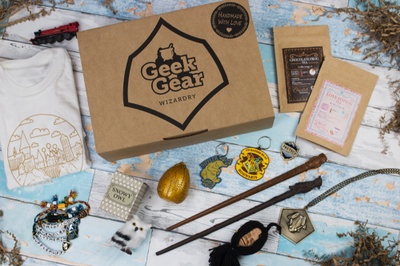 They were not abusive, just unresponsive and impossible to get a refund from.

The day after I placed my order I cancelled the subscription but also emailed back and forth about cancelling the order itself. I did not get a reply to me cancellation note. This was the 28th of september and I just put it oiut of my mind apparently, because on october 17th I got a automatic email telling me my box was packed and would be shipped. Then I emailed them complaining and it was a lot of talk about how it was too late to cancel, but I did cancel in time and it was their own fault, and then I got standard replies from them showing not everyone who responded ro my emails actually read them properly. I sent them emails on the 17th and 20th of October that are still not answered. Then I got a email saying I should pick the package up, so I gave up and did(because I sort of wanted it anyway, but knew it wasn't in my budget, which I should have realized right away). The items were great, and despite the problems, I might order from them again. It's not like there's lots of Harry Potter boxes out there. Just grinds my gears they messed up and refused to fix it.

So, I hear geekbox is great when you actually want the damn thing, but apparently cancelling is not in the cards. I live in Sweden and am unsure how...

The box I received last month had a Platform 9 3/4 sign which is supposed to be coloured red and gold according to the mini-catalog they include and other websites that sell the similar product. The colour was WAY off, with the middle section (which is supposed to be gold) being almost the same red colour as the outer section. It definitely looks like a printing error and I don't want to hang it up because it looks off and is very difficult to read from a distance. When I contacted them to request a replacement they said simply that "each sign varies in colour" and denied the request. I have cancelled my subscription for the time being. Overall the quality and quantity of products is great (this was the third of three boxes I ordered) but their reluctance to correct the mistake was very off-putting.

I'm so happy with this box, I wish one would come every week! Well worth the money and customer service is good. The items are so nice. It's like a care package from home! Dumbledore's Army!

I would love to write nothing but positive here but I am still waiting on March's box to arrive. It's April 21st. I did contact the company twice. The second time they basically told me to keep waiting, it could be awhile since it was from over seas. So I am currently waiting on March and April's boxes that I was billed for. Hopefully I get them at some point. So basically I am not reviewing any boxes just the LONG shipping time. I'll update my review if I ever get the box.

I subscribe to multiple boxes; this one is tied for first. I am madly in love with every single item. It was FULL of goodies! Collectibles, accessories, posters, a limited print, a wand, shirt, and so much more. My mailman even ask me to open it in front of him, (he's a Potter fan), and he subscribed the day I opened mine! 😊 I'm not in a specific house, and was not disappointed. I don't know how the company makes any money, because I feel that the crate has more than enough for the value. Shipping to the US wasn't a problem and came before I believed it would. I cannot wait to get my next crate!!!

It arrived so quickly! I'm so satisfied about this box! :D

Got this loot box at comic con for £10. got tons of stuff and it was definitely worth more than that. 19.99 is therefore worth it. I got a pop vinyl worth over £10 last time. I can finally geek out with a loot box I've been waiting forever.

Disloyal to customer and suspicions of c

Ordered a wrong box, the stuff told me to reject it that it will be send back automatically. I rejected the box like the stuff told me but it never returned and I will only get my money back when the box returns. The postal service said that they delivered the box. (I don't know to who they delivered it after I rejected it) The GeekGear stuff isn't able to do anything.
So NO box No Money.
Will never order again

Received my first ever sub box today after watching many impressing YouTube videos about this company. The products are amazing. The shirt and jewellery are such high quality. There is such a variation of products so you don't feel like you're getting the same thing. Everything is so beautiful and well done. Not to mention the box being really cute and having the houses on it. I absolutely love this box and I will absolutely buy again !

Wow! Even better than expected!!

I love all of it so much! I got it as a birthday present for a friend but I was almost tempted to keep it going for myself. I would have if I had the money :') Thanks!

huge hit was awesome box loved it , second time got my house (Ravenclaw)

I had written a review a little over a month ago, saying how my package did not come and how disappointed I was. About two weeks ago, Geek Gear got in contact with me and they sent me the September box I ordered and were willing to send extra stuff. I got my package tonight and am SO HAPPY!!!!! I absolutely love my box!!!!! Thank you Geek Gear!!!!

I ordered mine the 17th of September....and it still has not came yet. Didn't recieve a tracking number to track my package.Was really looking forward to receiving the box. Definitely not getting another box from here.

Hi Samantha, Thanks for your review, we take on board all good and bad feedback and improve on our service. We would just like to point out that we have emailed you on several occasions as there is no valid address attached to your order - we have been waiting for a response from you since the 21st of September. If you could find this emails, or email us directly at Support@geekgearbox.com then we will be able to resolve this issue. Thanks.

I'm a hp fan so i am happy with this box.For those who have problems with it. NO They do NOT add tracking to this box,don't know why,they just don't. And depending on where you live is when you get the box. I live in Florida and i get my box on the 1st of the following month. I know i talk to people in sweden and they don't get there box until the next month, so if they ordered an october box they won't get it until around the 15th of november. It also depends on the mail.

I had not expected to take so long and without tracking. But they explained how they couldn't put one on shipments to the US and would take longer. I was getting very anxious wondering when it would get here. But am more than thrilled now that it arrived. I love it so much. My hubby not so much because he thinks harry potter is evil but love everything I got including the recipies. I am bouncing with joy. I just re uped my subscription. Can't wait for the new box.

Just received our first box (November) and WOW! Definitely worth the price and very pleased with the assortment of goods, especially the t-shirt and jewelry piece (won't give it away for folks, but they are both excellent products to add to our collection.) Double thumbs up so far! Now excited to receive our December subscription!

I have been getting the wearables crate for 3 months now. I originally ordered the t-shirts in large and in my first crate was one medium by accident. It turns out this was a good thing as the large size was too big so I swapped to medium thereafter. For less than £20 a month you get 4 HarryPotter or Fantastic Beasts t-shirts which is great value. I now can’t decide whether to swap to the main crates or renew the wearable crate. I have never had anything but positive experiences with geek gear and have bought a second subscription as a present for a friend which she is really pleased with. I bought a loot crate subscription for my fiancé at Valentine’s Day and find that you get much more for your money from Geekgear. Well done Geekgear - lovin your work

My children and I love our box wizarding world from geek gear!!!

The items are unique, and fun! Love this box!

I bought this as a birthday gift for my friend, it came a month late and customer service is horrible. I’ve reached out to them several times and they never responded. Not to mention, the price of the box does not reflect what you get. Waste of money and time.

Hi Jiho, Thanks for your review - we take on board good and bad feedback to improve our service. We would like to point out that we have only received one email from yourself and have responded within 24 Hours. There has been no further contact - however, we would like to apologise for how you feel about our service. Our World of Wizardry box is loved by tens of thousands of happy monthly subscribers and we do try our best to make sure the products are of the highest quality, and that everyone is satisfactory of our service. We work closely together with the likes of Warner Bros and their licensees to bring out this monthly Harry Potter and Fantastic Beasts box. Thanks, Your...

I loved both shirts and definitely will keep getting boxes. Pins were wonderful and I loved the print this month.

Amazing ! I loved it

So far I love my World of Wizarding box!!!! It came rather quickly and the items were fantastic! I was receiving a similar themed box from another company and , WOW!, HeadGear is so much better!!!!
My only small complaint is the size of my shirt. I ordered a 3XL and it is a bit snug....it's more like a 2XL. If you could fix that , I would be ever so grateful!
But you still get 5 stars from me. Love it so far!!! Thanks!