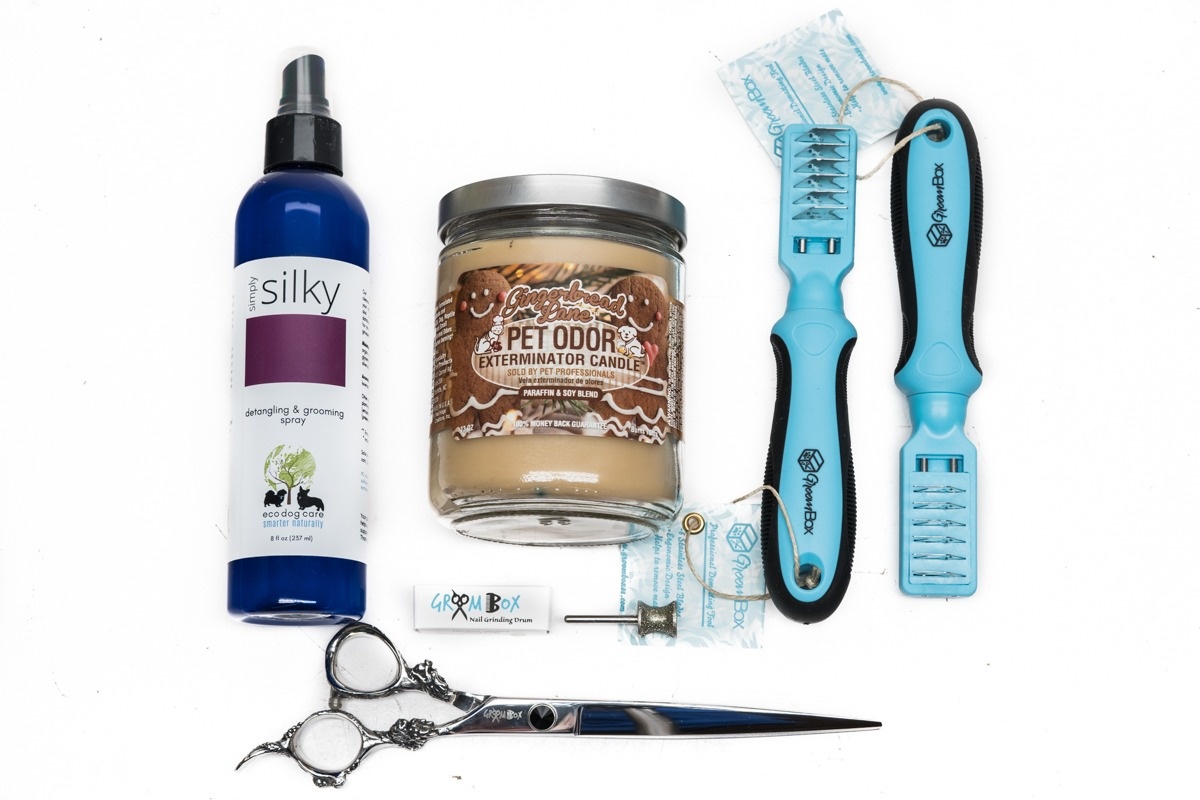 December was a fun month to put together with some surprises for our subscribers. December's Featured GroomBox contained 8" Micro-Serrated Shears, Simply Silky 8oz detangling spray, 2 6 Blade Dematters(One to give as a gift), Nail Grinding Drum, and 1 of 3 Pet Odor Exterminator Holiday Candles.