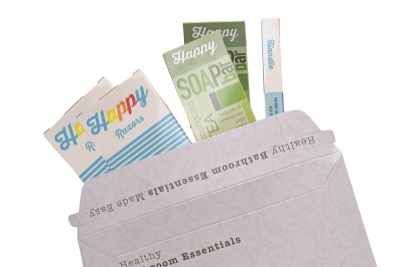 I don’t know about the product itself because I never received them. I contacted customer service and was told to contact the post office, which I did. They directed me back to the company. All I wanted was to have the shipment resent, but despite multiple emails to Happy Legs, I never received a response. No reshipment, no refund, absolutely no response at all.
I ended up canceling. It was not worth the headache

If you are into sadomasochism then this is the right razor for you! Like shaving with a straight razor. I've been in the military and have actually dry shaved with a bowie knife, which rendered less razor burn, nicks and cuts. This was truly horrible. No flex to the blade, "moisture" strip is laughable (my spit has more moisture), handle gets waaaaay slippery if you use a gel to shave with and cartridges get clogged with your skin because they scrape instead of float.
NOT HAPPY LEGS AT ALL!!!!😞

I wanted to love this razor, but from the moment I got it, nothing about it reflected the reviews. When trying to attach the razor blade, the first two blades broke into two pieces before a third finally attached. This razor cut me in various places - I don't think I've had a razor cut since I was about 13 years old. I have three bandaids on my legs currently after using this razor. In addition, it's not nearly as close and smooth of a shave as the Venus razor, which I will be going back to now that I realize how sub-par this and most other razors are. I'm sorry to have to give such a negative review, but it feels like the other reviews must be fake because of how poor the quality of this razor is.