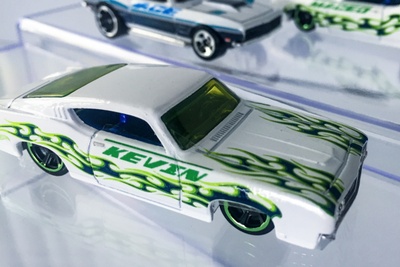 I ordered a twelve month Hot Wheels Custom Cars subscription back in December 2019 for my Great Grandson and here it is June and he has only received four cars so far (Dec, Jan, Feb and Mar). Every month I have had to email to ask where my late shipment was because of non-receipt. This appears to be a common problem because of several poor reviews on website stating a similar issue. I am very disappointed in this company’s service and ended up requesting a reimbursement for the remaining subscription.

I have not received shipments two or three and my first shipment was a lacklustre vehicle, in no way a race or sports vehicle for a 6 year old as shown in the photos. No word from the company as to why my other two orders were not met. My account just auto renewed. I would like my remaining two order, to be reimbursed for the auto renew and to cancel my account. I am waiting for a response back regarding this matter.

DO NOT ORDER FROM THIS SELLER

I ordered a 6 month subscription back in December 2019 and I have only received 2 cars so far. Every month I have to email the seller to ask where my shipment is because I do not receive them automatically. I received an automated email on 4/3/20 stating that my March car would ship on the weekend of 4/4/20-4/5/20, but I never received it. I have sent the seller 2 emails over the past week asking for the status of the shipment, but my emails go unanswered. I guess I have no other option but to contact my credit card company to dispute the charge. DO NOT ORDER FROM THIS SELLER. Seems as if this is a common issue according to some of the other reviews.

I was initially very excited to gift this subscription to my son in law for Christmas and had spoken with Phil extensively through email ahead of time. At that point he was very responsive and I was impressed with his customer service. Then things went south. Both the December and January cars had the wrong name on them, so he sent an extra car in the February box ... and that was the last shipment that was sent. One of my daughter's friends thought it was such a cool idea she bought a 3-month subscription for her husband and was glad when it was over because she also got the run-around. At least I know I am not the only one having these issues.

I understand these are custom cars and he can "only do so many in a day"... but then he needs to limit the number of subscriptions he takes or hire some help. I feel like a jerk when I consistently have to reach out month after month to ask where the car is. I told Phil he makes me feel like I am begging to get what I've paid for. As of this morning I have asked for a refund for the remaining 9 cars he owes me. It's a shame since my son in law was so excited.