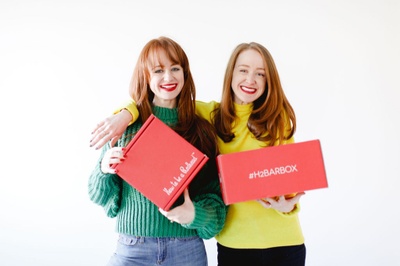 How To Be A Redhead

by How To Be A Redhead
'Redhead Friendly' approved products delivered right to your doorstep every month!
73 reviews
Plans as low as

How To Be A Redhead reviewsReviews

Not especially for redheads

I was disappointed because the products were not specific to being a redhead at all. And, I didn't really care for the products that were in the box anyway. But mostly I expected items that were curated for redheads and I didn't find that at all.

Thank you for your opinion! The H2BAR Box is about sending 'redhead-approved' items to doorsteps. There are only a handful of actual redhead products on the market (including the items How to be a Redhead manufactures)! We test all items throughly, months and months before, and each month has a theme. This month, is a glowing skin theme! The April H2BAR Box included 3 full-size items and $92 in value! If we can assist you with anything, we're here to always help!

Do not buy very unprofessional company

pain in June didn't get anything they told me it was for July's box then in July when I didn't get anything they said they ran out of subscription boxes they said I can get it in August I didn't get in August they said I gave him an incorrect address which Mayan shows because everything I fill out I screenshot shows I put my space number they didn't put it on the box and going to me beg them to cancel it back in July they refused to cancel it then they told me they canceled August and then they build me August and I still have not received any boxes June July and August so I've had to go to the bank and put a hard stop payment on them I had to file fraud against them and I have had to call the better business bureau on them and still they don't reply to my emails except with an automatic responder. Very bad company very unprofessional very poorly ran I would stay away from this company do not spending dying because they will keep ripping you off.

Hi Heidi, We’re very sorry you’re unhappy.
We see you subscribed initially on June 16. The July boxes were sold out by June 10. So, when you enrolled, the August would be your 1st box. Please know this is normal for us — we sell out frequently and depending on when you subscribe, you will be slotted in the next month’s box. We know it can be frustrating to wait, but it’s worth it when it arrives!!
We see you also input your address in incorrectly, without the apartment #. We’re happy to assist with getting you a new box! We’re waiting for your August box to arrive back to us (it should arrive today) before we can send it back with the proper address. We will...

I made the mistake of signing up for these boxes, some of the product were ok but I decided to cancel. I sent a email that I was canceling and they continued to charge me, I sent another email and called and they responded acknowledging I had canceled, which they also said they would refund my money. What a joke never got a refund and had to call my bank to dispute charges. Just got a email saying my subscription has successfully renewed, UGH!!!!!!! I will be disputing charges once again. What a nightmare!!!

Really cheap stuff. There is better stuff in the Walmart beauty box.

Read the small print. Billing practices are clear in the very small print, but deceiving on the outside. I am not happy with how they "resolved" things and do not recommend them for their business practices. It took days to get a response on the double billing, and even then, things were not resolved to my satisfaction.

Lindley, It was great to talk to you on the phone yesterday. As soon as you emailed us on Friday to call you, we reached out. We missed you, so we made another time to speak on Monday (yesterday). We did so. You had purchased 2 subscriptions from October through December; the October subscription renewing in December and both subscriptions renewing in January. As soon as we spoke to you, we cancelled your subscriptions and *refunded you for the extra box. We are so sorry we could not refund you for the boxes you already received — if it had been December or November, we would have gladly given you a full refund. We sent multiple emails (which you confirmed you received) upon sign up....

I did not realize that this was going to auto renew. If I had, I would not have ordered it in the first place. As soon as I got the email they were renewing my subscription, I emailed and logged in to cancel. However, they say you have to cancel a significant time before for it to be cancelled and not to charge you. Why don't they send out an earlier email so only the people that want to continue to receive their product renews? If I subscribe in the future to anything, I will only do it with upfront cancel anytime option. Their products are okay and may have renewed in the future, but won't now.

Hello! We were happy to respond to your email immediately. When subscribing, you receive multiple emails from us letting you know it will auto-renew and when. All subscription boxes auto renew — much like a gym membership :) but, we always say our Redhead subscribers can cancel at anytime! We also let you know what date you need to cancel by for a full refund. As soon as you cancelled, your last box was slotted for send out. We sure do hope to have you back! Have a wonderful day!

This was my first How To Be A Redhead and I am regretting signing up for 3 months. All advertisements of boxes I've seen had way more full size products and products that were more directed toward Redheads. I'm disappointed in this box and would like to cancel...

I started my subscription in August 2016, which meant my first box was October. I specifically purchased at that time to receive the specially advertised "I'm really a Mermaid" bag. This had been advertised for the October box for months. So, what happens after they have my money and the October box is ready to ship? Sorry, not shipping the bag until November due to unforeseen problems. Difficult to believe, but I gave them the benefit of the doubt and stayed on for the November box (which I should not have had to do, but, I wanted to see the bag). I kept the subscription although the items were not anything to write home about (with the exception of the special hair products box - that was overflowing and useful), but the February 2017 box and H2BAR response was just unacceptable. a b mineral powders (2) were in the box, and clearly stated they were manufactured in March 2015 and expired March 2017; the moisturizing spray expired in May, 2017. So, for three of the products in the box, they expired within 3-12 weeks of receipt. Obviously, these were products that simply did not sell and the manufacturer shipped them out the H2BAR to get rid of them. When I pointed this out to H2BAR on their Facebook page, they did a breezy, well we like products that expire because redhead skin is sensitive, and well, if I use all...

Really bad customer experience from start to finish. Essentially I paid in Nov. for a gift that my friend won't even receive until at least Feb., if she's lucky.
I bought a 3 mo. gift subscription in Nov. They didn't send the first box that I already paid for --just an email telling her to CLAIM her gift. By then, both the Dec. *AND* Jan. boxes were sold out. The Feb. box doesn't even exist yet so she gets an error message when trying to claim her gift.
I've emailed them several times and when you call customer service, you are forced to leave a message. I can't speak to the quality of the box because at this rate, we'll never get one.
Have they ever even read an article about running a business? Really poor...