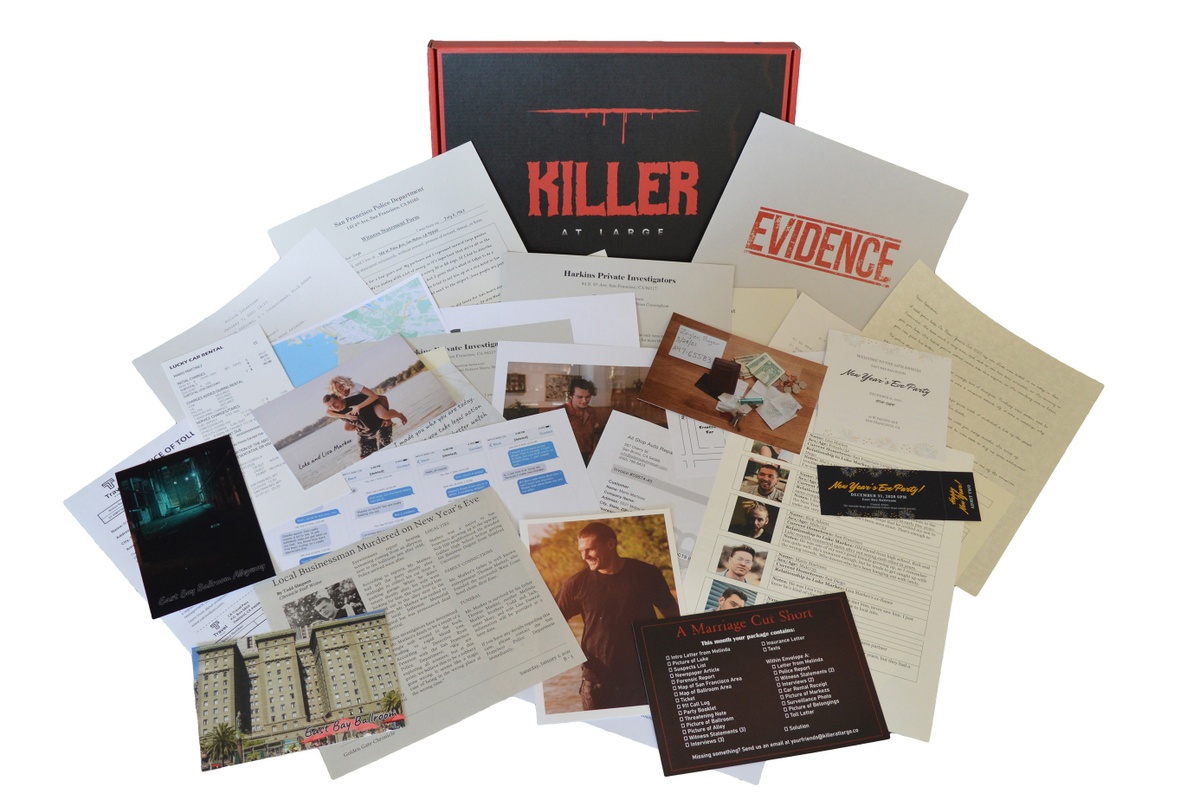 Killer at Large is a murder mystery game built for crime-solvers, amateur detectives, and true crime enthusiasts. Every other month you'll receive a new murder case, where you'll need to analyze evidence and decipher clues in order to catch the killer. With realistic evidence, you'll feel like you are solving a real-life murder case. 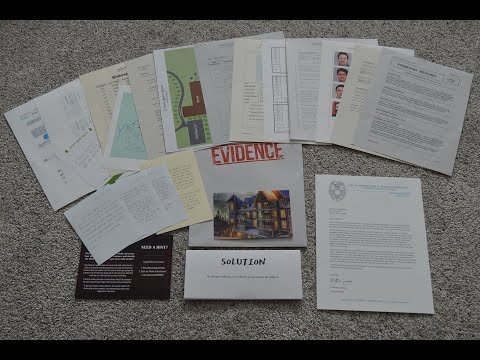 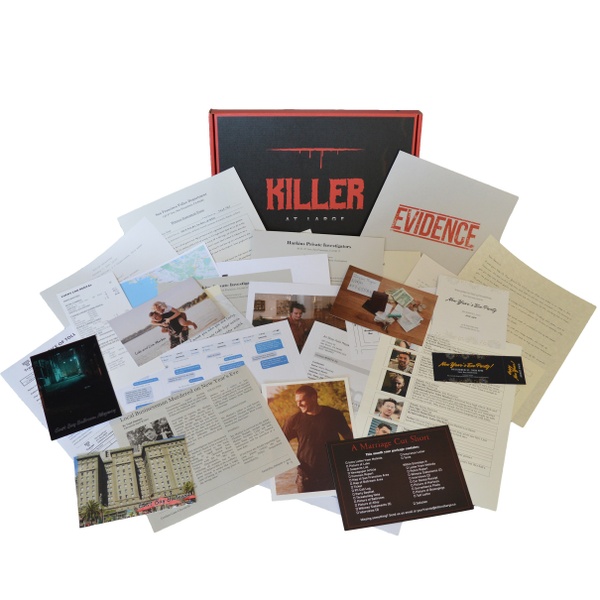 A successful businessman is found dead outside of a New Year's Eve party. The police are stumped, so the victim's mother turns to you for help. Can you solve this murder, even when the police couldn't? It's up to you to analyze the evidence, identify the killer, and bring justice to the victim's family.

Order by May 31st to get this box!

We had a great time solving the crime and it was all in one box.

Death at the Resort

Six friends go on a skiing trip to Winter Park, Colorado. And now one is found dead. It's up to you to analyze the evidence and catch the killer. Could it have been the husband, the best friend, or perhaps a creepy hotel employee? Hopefully you don't put an innocent person behind bars,

Killer at Large was featured in these articles…

The Best "Date Night In" Subscription Boxes of 2022

Killer at Large appears in these collections...

Searching for Deals....
Buy NowGive as a Gift

We ship on the 4th of every month!

Questions for Killer at Large?