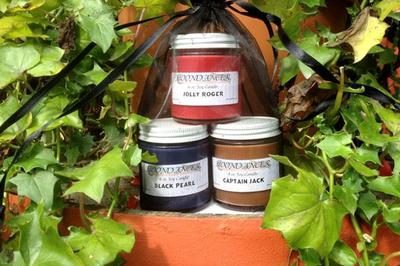 Brighten your life with this handmade, fragrance based subscription!

How do I leave negative stars?

The worst customer service I've ever encountered. Customer service is non-existent; they don't answer emails and their phone number conveniently has a voice mailbox that hasn't been set up. I've been trying to cancel since about two minutes after my daughter submitted the first order a couple months ago, right after we realized we'd been charged more than $20 shipping for the $10 box. Granted, she should have checked the shipping cost before submitting the order, but neither of us have ever seen a shipping cost that was 200% of the item cost. It says "cancel anytime" but cancelling doesn't actually work. We've cancelled at least three times in the past two months, but the subscription is still active and I've been charged for two boxes that we didn't want. Oh, and we haven't actually gotten either box because of an error in the address that we didn't notice; we weren't expecting the boxes because we'd cancelled the subscription, so we didn't know they were being sent back due to an address error. So far I've paid more than $60 for nothing, and the subscription still won't cancel after I go through all the cancellation steps. It's looking like I'll have to cancel my debit card and re-setup all my online accounts because of this horrible company that can't bother to respond to emails or answer their phone. At this point I'd be happy with them just cancelling the freaking subscription so they'd stop charging me; getting a refund would...

The customer service is non existent, they don't answer emails and won't give refunds and they charged me after I cancelled the subscription

CANCEL AND CREDIT BACK PLZ

Signed up and it just goes though without finalizing..refund n cancel PLEASE

DO NOT BUY FROM THIS SELLER!!!

VERY upset!!! Tracking number said my box was delivered a week ago in a state that is across the country from me. I've been trying to contact the seller for the past week and no one had contacted me back!! It was bad enough that shipping cost more than the actual item and now one of my family members will not have their Christmas gift. I've given the seller long enough and now I will go above them and open a case for never responding to my messages about my "lost" package and not refunding me.
DO. NOT. BUY!

I sent out the crates the day before I went in for a surgery and I guess that my nerves were worse then I thought and I made a mistake labeling my crates. To make it worse I thought I would only be recovering for a few days but do to a complication I was away from my business a week longer then I expected to be and did not see the emails from the customer without a crate and the ones from the person that had two. Well now that I am back too everything, I have contacted both customers and asked for the crate to be returned to me and assured the other party that it will be resent to her...