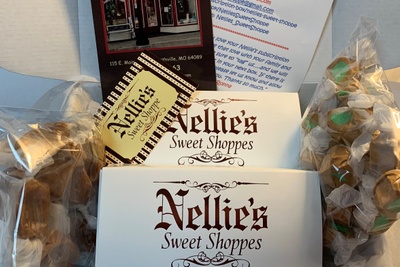 I subscribed with a discount code from Cratejoy to try out this box. I was charged a second time before I received my first box. This is pretty normal for subscriptions, so I wasn't worried about it at the time, but I did cancel my subscription to ensure that I would not be charged a third time. I only ever received the one box. I have attempted to contact Nellie's twice through the Cratejoy interface to ask for a refund, & I have received no response. The fudge was good, but not worth the $61.76 total I ended up paying for only 6 squares.

Update: 6 days after I contacted Cratejoy about the lack of response from Nellie's, I received a shipment with a month's worth of fudge (no description card or note) & two bonus chocolate & marshmallow candies. This is 6 months since I was charged; I still never received any kind of email or contact through Cratejoy from Nellie's about my request for a refund. Now that I actually have product to review -- instead of having nothing -- I have edited my review to reflect the quality of the products.

ETA: This public reply to my review is the only contact I've received from Nellie's. It was posted 5 days ago, and I did not get a notification for it.

Hi Marion,
So sorry to hear that you are unhappy.
Nellie's Sweet Shoppe is dedicated to quality and customer service.
As soon as I heard from you today, I looked to see what happened.
Let me share with you what I found.
We received your order February 25th which was after our February shipping dates.
Our stated shipping dates are between the 16th-19th of each month.
Your first box was scheduled to ship between March 16th-19th.
Our convenient auto-renewals are posted on the 15th of each month.
Your second box was scheduled to ship between April 16th-19th.
A cancellation was received March 24th.
This is where I see that the problem occured...
During March and April Covid-19 caused many businesses to temporarily close....ours included.
In April we slowly reopened with...