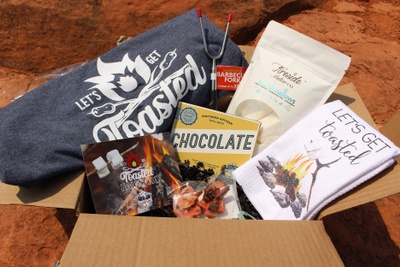 Wasn’t thrilled about this box.

I’m not thrilled about this box. In my opinion it’s geared more towards a backpacker. I’ve love the stuff in my last two boxes. But this one has me questioning my subscription.

After seeing examples of what some of the boxes looked like I ordered it for my dad for Father’s Day and his birthday....... there is nothing that mentioned it was a female box.... the card even said happy Father’s Day .... extremely disappointed not to mention I’ve received one box but been charged twice since June 19th 🤷🏻‍♀️ What on earth very disappointed

Nicole received the first monthly we ever sent and while we try to not sway our boxes towards any gender, the first monthly box we sent out was unusually feminine. The boxes are sent out one at a time, so orders placed in June are sent early July, our system rebills in July and that box is sent in August and so forth. We have refunded her second box and cancelled her subscription.

Not a Camping box. This is an RV box.

Was really disappointed in this "camping" box. This box is for RV people not for camping people. I feel like I threw away $49.95.

We are sorry you are disappointed in the Spring Box. We have sent you an email on how you can go about getting a refund as a one-time courtesy, please let us know if we can be of any further assistance. Happy Camping!