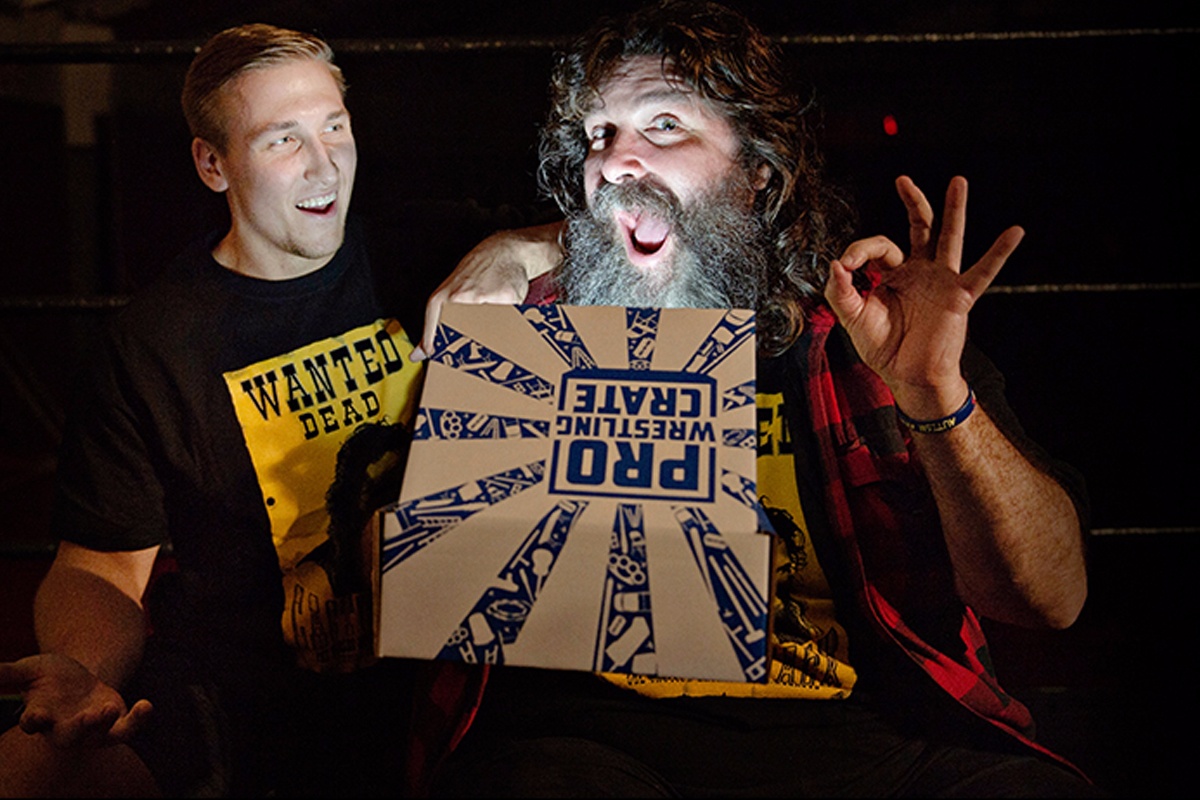 <p>Pro Wrestling Crate&nbsp;provides a Monthly Wrestling Mystery Crate each month containing unique and exclusive items featuring some of wrestling&#39;s hottest superstars. Every crate comes with the option of getting 1, 2 or 3 exclusively designed wrestling t-shirts. Plus an autographed 8x10 from a WWE Legend and exclusive collectibles such as DVDs &amp; More!</p>

My highlight of the month, This box is put together by the largest wrestling merchandise company in the world outside of WWE. It's trustworthy and I consider that I get my value for money every month.
You get two official and exclusive t-shirts, a figure, an autograph and more. Sometimes the extra items are a little cheap but the value is already there in the t-shirts alone.
Shipping: Ships to me in the UK in under a week. Excellent.
Recommend: I would recommend this to wrestling fans, especially indie wrestling company fans. If you are unfamiliar with indie wrestlers it may be a waste of money for you although I have received autographs from WWE wrestling legends. A good feature is that you can skip a month if you aren't keen.
Overall I love it!

This has got to be the best of the best, awesome, awesome shirts, collectables, authentic autographs and micro Brawlers, always look forward to getting these crates, trust me these guys never disappoint.