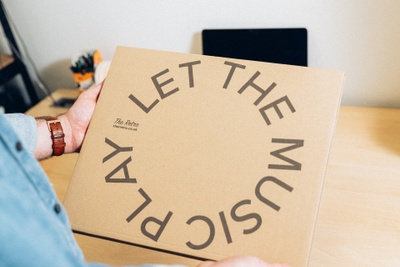 I don't normally review things but on this occasion I feel compelled to, I subscribed at the end of May and eagerly awaited June's box, only to be disappointed that it didn't arrive. I figured it was late and waited. Then July's box also didn't arrive. So, rather than paying for a third month to get nothing I cancelled at the end of July and I've been emailing the seller since. They have responded to my understanding with: I should have the first box and that the second box was just delayed. It is now the start of September and no sign of either box or a satisfactory answer. The tracking information they provided is useless as from what I understand it's only updated once a delivery is attempted.

Update: Royal Mail confirmed the parcel was lost and full redelivery was made successfully! 🙌🏻
Hey Anne-Marie,
Thanks so much for your review here on CrateJoy. Whilst this review isn't the most favourable towards us, it's something we take seriously here!
Looking at your orders- they were indeed shipped and tracking was sent to you. We use a service called International Standard here in the UK, which is the defacto International method. To have parcels fully tracked from the United Kingdom to the USA would cost nearly as much as the box itself!
Unfortunately, in situations like these, Royal Mail has to liaise with local couriers to determine if boxes are lost- and in many cases, we've found the boxes "mysteriously show up!" right before any compensation...

Ordered nearly two months ago, still have not receive a shipment, though I've been told there are two shipments on the way, there has been no tracking number provided, and that last communication was 3 1/2 weeks ago. very poor communication. Seller no longer responding to my inquiries...
I'm really disappointed as I was excited about receiving the products offered by this seller and was looking forward to expanding my collection.

Hey Tracie,
Thanks for the review, and I'm sorry for the delays to your old orders. I wanted to let you know we moved ALL of our operations back to Glasgow, so delays like these don't happen any more. Thanks to candid feedback from folks like yourself helped.
Sorry your order wasn't up to par. If there's anything I can do to make it up to you, I'd love to do so.
Thank you :)
Peter

Just dreadful. The records I was sent were the sort that sat unsold in charities stores gathering dust. The total value of an avg. crate (having priced the records independently) was around £6-10, yet I was paying almost £30 for them. One of the records even still had a price tag on for £1.95 - from a charity store! Attempts to contact ‘The Retro Store’ have gone unanswered, including those to cancel my subscription. I finally had to ask my bank to intervene. I’m almost £100 poorer. At least my local charity-store might be £18 better off once I give these records away (which is all I can do with them).