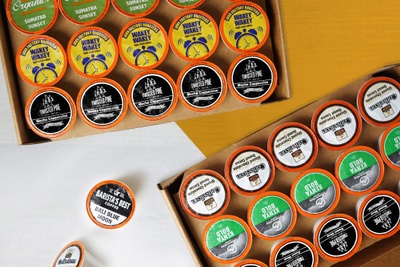 I was so excited to receive what I thought would be coffee sampler k-cup style. Unfortunately, the coffee is all from the same place, and fairly bland, weak for most selections. One actually gave me significant heartburn and we've thrown away some because no one is drinking the coffee, it just isn't a strong brew. Just not for us & I wish I hadn't signed up for a six month subscription for myself and a gift for a friend.

Shipping is a joke

I still have not received my order. So I can’t give a good review on the product. But the delivery is horrible

Their customer service is AWFUL. The coffee isn’t great. Very overpriced. I would NOT recommend.

No Christmas themed or flavored selections for the month of December? Either a huge oversight or fail on your part. I wish I wouldn't have paid for an entire year. The disappointment on my mother's face this month about this box ensures I will not be continuing this subscription.

This company has no customer service whatsoever. I've contacted them on multiple occasions and they never respond. I've even contacted Cratejoy about their lack of communication. I ordered a 3-month gift subscription and never received an email that my boxes shipped out. Never got a response when I asked if the box was shipped and Cratejoy says that this company doesn't use any sort of tracking information for their deliveries. If I don't get my boxes I will be filing a complaint with my bank against this company, especially since they don't respond whatsoever in any capacity.

sent as gift, continued to be billed

I have purchased this as a gift twice for my mother. The second time I purchased as a gift, three months later I was billed again and have not been able to receive a refund. I have made 5 attempts to the company to resolve the issue with no response. I previously gave the company a 5 star review bc they had been so quick to answer my questions. Idk what has happened but customer service has declined.