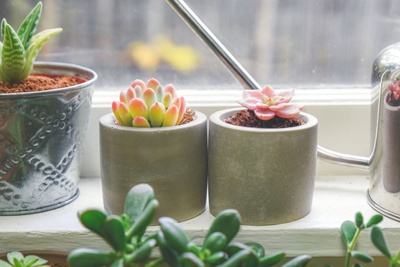 I received two shipments. The first shipment was fine with the box in decent condition. The plants transplanted well. I didn't think one of the two plants was what was pictured on the site as the current month's pick at the time I placed the order, but it is possible it was just under a different name.

The second shipment arrived with the box open (there had been no tape in place to keep it closed as far as I could tell) and one of the plants was completely broken off. Both were short on soil. When I inquired about a replacement the suggestion was to replant the broken plant (which required the purchase of additional soil given the state of the box upon arrival).

While the plants provided with this subscription appear to be good quality, it isn't a subscription I would suggest for a gift as there is no guarantee what condition it will be on arrival.

Gift that has gone from great to poor.

I gave this to my wife as a gift and the first three orders were great. Then on the following orders the pots used were replaced with a paper type pot. The plants do not do well and she has lost all of the plants since the cheaper pots were used.