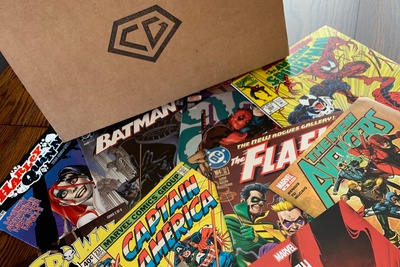 by The Comic Garage
★★★★★64
For the active or new comic book collector, receive 10 amazing curated comics!
Plans as low as

I was satisfied with my first box.

Very nice collection, I did receive some doubles that I had, but not their fault since I have a lot of comics already. Looking forward to the next box.

It cool comic books name titles good choice for me yes, but I really want read to “The Flash” I not get miss it. I did put type submit. Next time ok?