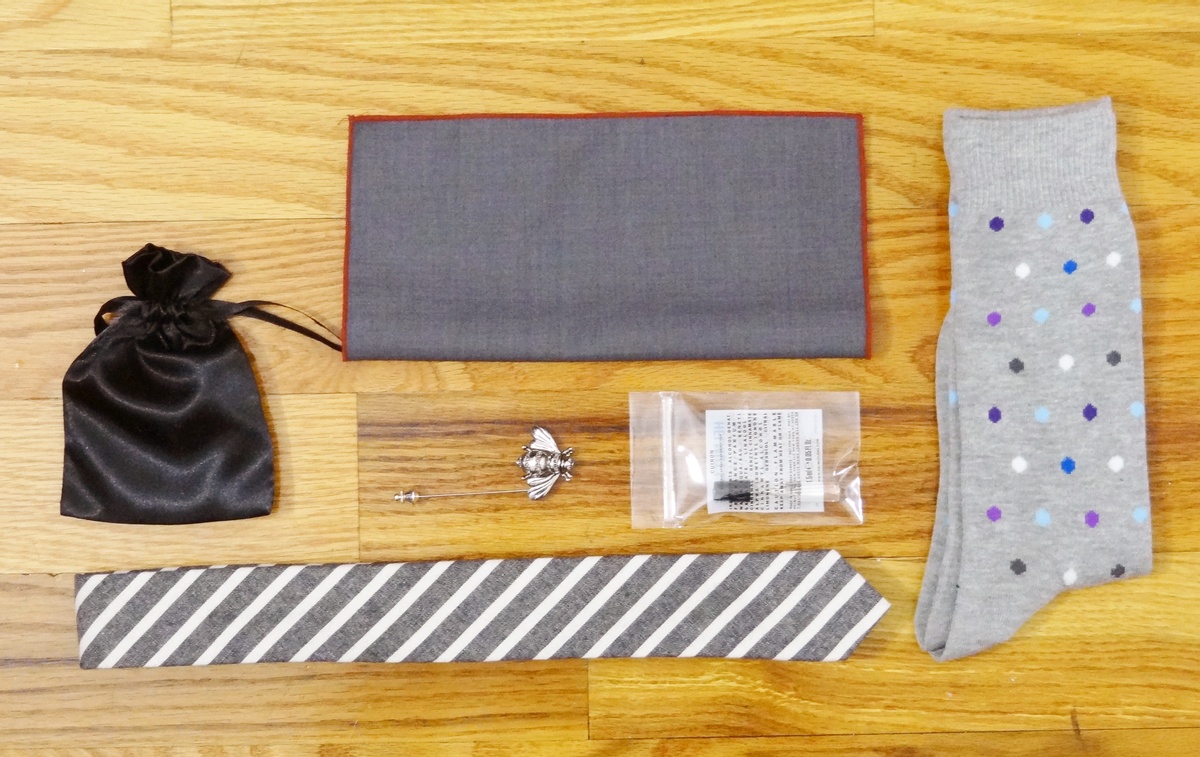 Plans as low as $9.75 / month
Buy Now Give as a Gift
Shipping & Renewal Information
Socks, ties, pocket squares, lapel pins, etc.
We assemble and package the latest men's fashion accessories and provide them to the modern man at an affordable rate. The Styled Man Box is coordinated and personalized. Full of socks, ties, pocket squares, lapel pins, cuff links, sunglasses, wallets, grooming products, ect. And, NOW The Little Black Pouch (For Her) is included in every box!

Q: Am I the only one that has been ripped off by the scam I haven’t received a darn thing and I paid for three months it’s been several months and I still haven’t seen a box or an email from them please let me know if there are others I did see some of the reviews but I didn’t see if they were ever resolvedAsked by Jennifer J., June 2019

The Styled Man Box was featured in these articles…

How to be Dapper: Our Top 7 Men’s Fashion Tips