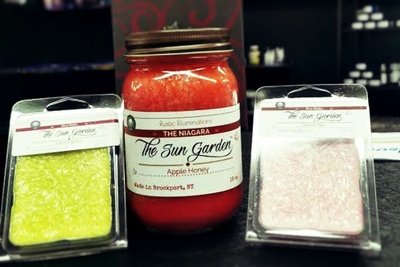 Lots of wax but no theme

I ordered the $15 box for the month of February to see if I would like to switch subscriptions from another $15 candle box I am buying. The items were great and smelled good however the scents I received were pumpkin pecan, gardenia, and moonlight path. This was for a February box. There was also no card to let me know if I was receiving the same scents as everyone else or just random scents from the clearance rack (pumpkin pecan in February). I will admit that it had more wax and thus burning time than my other subscription, but it just felt out of season. If this was the only candle subscription out there, than I would be happy with it, but compared to other boxes, it is a no for me. I advise shopping around.

Hello Shauna, thank you for your honest review. Our CrateJoy selections
do vary sometimes based on availability, but everything we send out is
less than a month old. The fragrance you referenced, Pumpkin Pecan
Waffles, smells more of the pecan waffles than pumpkin, and it was
included as a melt because it was one of the most popular scents
throughout January. We make our selections based upon requests, what is
currently popular in the store, and what scents a customer has received
previously.