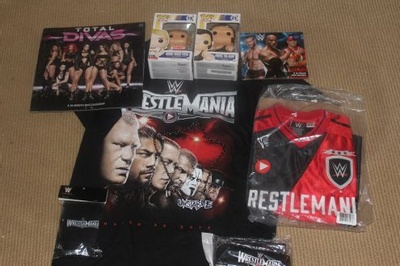 by The Wrestling Box
★★☆☆25
The Wrestling BOX -Get Brand new WWE and wrestling collectibles delivered to monthly.
Plans as low as

My box came looking beat up. Upon opening was kinda confused by the bella head bands and women's shirt. I had ordered the box for my fiance. Also the pop figure was solo...no box. I contacted the seller who was able to explain he though since I was female he would cater the box according to that. Was a nice thing really that that much thought was put into it. For the mix up seller sent a shirt and boxed pop figure. Cos communication would have been nice before box had went out. All in all wasn't so bad at all

First box you get is great,then the next one things are missing (no cards) and for the third (of a 3 month subscription) the entire box is missing!!!! After about 30 emails back and forth between and the seller, he finally gets the fact that we never received the final box ( even though I started each email with this statement!!!