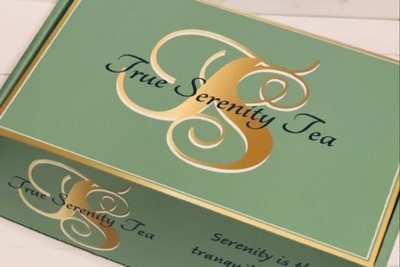 by True Serenity Tea
Come and enjoy your time in serenity with our incredible loose leaf teas from around the world.
51 reviews
Plans as low as

I have been drinking a lot of tea lately but I wanted to try some new flavors so I found tea subscription boxes, did some research and decided to sign up to true serenity. I read the shipping issues reviews and wanted to give them the covid benefit of doubt, what a mistake, I had to contact customer service since my first box I paid for, didn't get shipped for three weeks but it did come a few days later after I contacted them, fast response and shipping. My march box doesn't even have a label created so I figured I would have to contact them again but I only subscribed about 5 weeks ago and Im not trying to contact them monthly for my box when Im being charged so I cancelled and signed up for a different tea box. I received a email saying my March 20th box is cancelled so hopefully my refund will appear in a few days but im sure it won't. With regards to my first box, I was a little disappointed. I received three black teas and one green tea, I guess I was expecting no more than two types of one tea but the green tea was hands down my favorite green tea (not vegetal) in life so far, which is why I was willing to give them another try but not having a new label created by the 28th is ridiculous.

We would like to thank the customer for the feedback which is gratefully appreciate. The customer reached out to us about their first box and we responded promptly explaining to them the subscription box process. All boxes goes out after the 20th of each month, each subscribers receives tracking information and all shipping information is updated on the website for all customers to see each month under annoucements. Allowing time for the postal service to deliver their boxes. The customer did paid for the box after the shipping cut off time which we explained in an email to them and we did send a box to the subscriber on time. All subscribers who have been with us and for many years...

I purchased a 6 month subscription in June and received my first box. I have only gotten two boxes since then, and have had to email multiple times in order for both of those boxes to be shipped, and have not gotten any explanation why. One box had a label printed out, as I got a tracking number, but the number was never scanned by usps and the box never came. I am incredibly frustrated by the entire process because I should not have to email multiple times in order to get a subscription item I have prepaid for.
When a small business owner doesn't fulfill orders, especially orders that have been paid for, it makes consumers lose faith in other small businesses as well. this failure affects the livelihoods of other people! I have such a bad taste in my mouth from this experience that I am unlikely to buy another tea subscription again, even from someone else.

I bought a year-long subscription of this box for my boyfriend's Valentine's Day gift. Since then, we have only received TWO boxes. I have reached out to the seller and asked about this, but never received a response. I feel like I was ripped off. We enjoyed the two boxes we did receive, but I paid for a year-long subscription, and it has been 6 months since I ordered the first box. Do not buy from this seller!

Just want to say thank you for the review. We are pleased that you enjoyed the teas. We do apologize for the shipping. We ask that all subscribers if you do notice any missing box please do not hesitate to email us as soon as you can. You can also contact us via Social Media. The problem can be rectify immediately. To this case, we never received an email. We will fix your account, so you can continue to receive and enjoy our teas.

I really thought these packages of tea looked great on the website. We were excited to try them, but after ordering on December 22nd, it is now February 20th and we have still not received a single order. Two stars because customer service has been responsive, but nobody can seem to figure out how to deliver this package to our doorstep. Now the order has been cancelled, so it looks like we're going to try a different service. Wish we had just done that from the start.

This order was sent as a gift and was instructed to send after the holidays. Once the box was sent, USPS made a critical error and sent package to different locations. The box was rerouted but USPS was not able to deliver to the address provided by subscriber. We here at True Serenity Tea provided great customer service by following up with USPS and the subscriber to assist in the whereabouts of the package. We did offered the subscribers a new set of our great teas with another box. We also refunded the subscriber due to all the trouble that may have inconvenience them.

The one package we received had lovely products, but only arrived after I chased up why we had not received a package yet (over a month late in the end). We still have not received either of the two more packages we are owed, several months later. Friendly in emails, no action. Such a shame as we were keen to be regulars.

Hello Johanna , we are sorry to hear that you had trouble with your True Serenity Tea boxes. The box you received was lovely as you stated. Though we thought this was a particularly lovely selection of teas, we understand that not everyone has the same taste or expectations. We will reached out by email to offer a refund and offer any solution you may desire. Again, we apologize and do hope you come back soon.