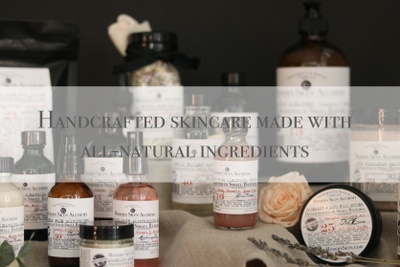 by Modern Skyn Apothecary
Customized Your Self-Care Products!!
★★★★117 reviews
Plans as low as

I need a refund!

I never received my first box neither did I get a response from the seller about the issue. Hopefully Cratejoy can get me a refund.

Business has lost a good customer.

Finally received my items along with a nasty email. Apparently she feels I had no right to want what I paid for or to say I would contact the Better Business Bureau if I didn't get my items after waiting 2 months. I would never order anything again as apparently the owner is doing you a favor by even allowing you to purchase her items in the first place.
Updated review: I canceled my subscription crate after receiving a box of lavender products I am allergic too.
I had been previously been told items would be substituted but they weren't. When I emailed the company I was ignored.
I gave the stuff away as I could not use it and decided to order 15 items directly from their website.
Two items were left out after weeks of waiting for my order. I have contacted them 4 times in 2 months and was told finally my items would ship right away. A month later and 2 more emails and I still do not have my items. I understand the owner has gotten sick but feel like I have been more then patient. She wasn't too sick to take my money. The customer service is awful and no one will reply. At this time maybe it would be best to close the business as you obviously are over your head. It's to bad; I did love the products. At...

I have been a loyal customer for over a year and a half. The last 3 months this company has gone down hill. Items missing out of my orders. No resolution made after numerous promises I would be shipped my missing products. This last box the perfume is missing. Horrible customer service. Canceled my subscription.

I joined and paid for my subscription on Jun 25. I was charged again on July 11, however I had not received or heard of any pending/current shipments. I had to contact the seller to discuss and I requested to only sample the first month, but instead they responded (quickly I must add) that they would send out the packages right away, and they did. However, they did no respect my request. I received the MAY box, according the information sheet rather quickly. The seller did also offer me a refund for confusion, which they did not follow through with. I waited to get the second box and was quite excited to experience it with any frustrations. However, the shipping address was incorrect and I had to do the work of tracking the package down.
When I received it I was LOOKING FORWARD to opening it and sampling it's contents. Instead they sent me the EXACT SAME box (still from May according to contents sheet)!!! I contacted them again to relay my frustrations and REMIND them about the refund they had offered me initially. Only then did I receive my refund. There was no offer to send another box, and I was very excited about the contents/idea behind this box.

I ordered this box for a friend on 6 December thinking that would be plenty of time to get to her by Christmas, especially since the listing advertises shipment 2-4 days after purchase of the first box. Almost 2 weeks later and no shipment, I contacted the seller. No response. I contacted again. No response. 2 more attempts and still no response. Cratejoy escalated my concerns but the seller has yet to respond. It’s now the day after Christmas and the only progress on this purchase is a shipping label was created on 19 December, but nothing has been dropped off to USPS. I’m going to contact my bank to try and reverse the charges at this point. I do not trust this seller.

I sent this box as a gift. The items arrived damaged and a lid was not on one of the products and it completely spilled out in the box. I contacted the seller twice with no response.

Advertised on Cratejoy as a company that will have box arrive by Xmas. I ordered a gift on 12/7. I contacted seller twice to check on when box was sent since I received no tracking information. No response to either email. I finally received a automated email on 12/20 saying the package shipped on 12/19. This was a lie. The company created a shipping label on 12/19, but did not provide USPS the package until 12/22. The gift will not arrive until at earliest 12/28. So disappointing. This company has horrible customer service, actually NO customer service! And it lies about when items will arrive so don't plan a gift for a birthday or event and expect it to be there. This company does not care about its customers experience at all.

Brook,
We are sorry that you are not happy. The only email we did receive from you was a threatening email stating that you expected a full refund if your order was not delivered on time. No other emails were sent to us. We responded to your email within our current 24-48 threshold apologizing with no response from you. Since then, we have carefully tracked your package and confirmed your package did arrive on December 23 at 10:26 am with a tracking number of 9405509205568928091180.

So I ordered my first box over a month ago. Haven’t gotten anything nor a response to any of my messages. I did get an email today though saying my next box was about to ship. But it would be great if I could even get the first one.

I would have LOVED to try this box say it every arrived.

Product Review from my sister: "Meh, they spent way more time on cute packaging than the actual formulations"
Customer Service Review from me:
Christmas gift arrived 2 weeks early. A 2nd box of identical stuff arrived at the end of December - even though it's supposed to be every other month. Now, 3 months later her 3rd box has still not arrived.
Neither Modern Skyn nor CrateJoy respond to emails -- just endless automated email responses from CrateJoy saying "we're working on it"
Hard pass.

We are very sorry that you are unhappy. After reviewing your account, it appears that the next box is to be shipped in March and not February. We also note that the boxes shipped at the end of the month (this is why your sister has not received the March box yet). Many boxes were shipped in December as soon as the orders were coming in (some later) because the USPS admitted to shipping delays (some boxes arriving a week or so late). If your sister received a second box that was identical, an email would have resolved this. We allow all customers to keep the duplicate box as well as receive a new box. We are more than happy to provide you with proof...

Was hoping to get a replacement

The facial product burned my face. I contacted the deliverer and they said it would be replaced. I have never received a replacement.