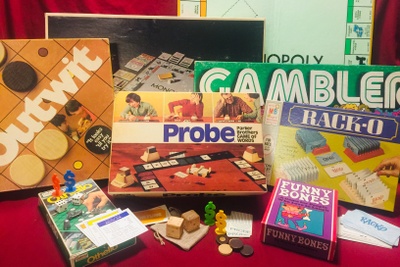 by Red Star Vintage
Monthly Games and Puzzles, Delivered to your Door!
★★☆☆☆13 reviews
Plans as low as

We haven’t received a single thing. I signed up in July and it is September. I emailed and was told they were “having trouble” getting games because of covid. I was told they would send my 3 games all at once if they had them and I still have received nothing. If you are low in stock then DON’T ALLOW more subscriptions to be sold!

Paid for 3 months and never received. Cancelled. No communication.

Do not order from this company!

Bought this as a present for my Father for Father’s Day. They charged me and my father never received any package. Was unable to contact seller.

Just takes your money ! No boxes !

I was billed twice for products that were never received. There is no response to any of my inquiries and I am upset about it. This was a gift purchased a month ahead of time. I cancled my subscription.