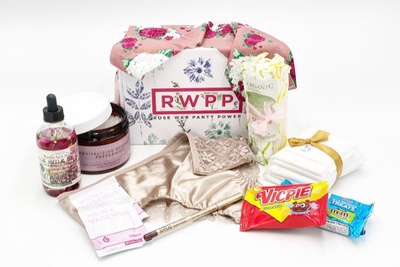 Too Many Nail Products

After having left a negative review because I was disappointed in the large number of nail products I had received in my first two boxes, I was contacted and assured that they don't normally send so many nail products and that it was just a theme. Additionally that if I amended my review they would send me extra things in my next box. I didn't amend my review because I don't like extortion. Regardless, I had liked the rest of the items I received enough to maintain my subscription. Today it arrived and inside were the exact same nail products I had received in the earlier boxes. Once my subscription is up I will not be renewing.
I really like this box, but I don't think it's too much to ask for a variety of items.

My Response when asked to change 1 Star

Thank you for your email. Fact is whether it’s knock off or not is not the issue... placing it on a card saying it costs 18 dollars is the issue. I’m okay with dollar store product because it’s honest. Also the panty tag has the letter “S” printed on the label not M for medium. You stated this was because your panties come a different size. Example you gave was: (not per say) if it comes large it may be a small large. Which would’ve been fine if it had of still said “M” for medium and then if it fit small what you stated would actually make sense but you sent a small marked by a letter “M”. Also see the photos attached in the email. The first photo is directly from their site. If you read the label from the first picture closely the bottle actually says "Rose Oil" from Modern Skyn Alchemy. The bottle you sent me shows "Rose water". If you go to the site, "Rose Water" is not listed. Nor do they sell Rose Water if you search the entire site. So I feel this was deceptive along with the bottle and label. Lastly, I liked your box for shipping, but expected a "RWPP (just the lettering AS SHOWN because as someone else stated I prefer privacy), labeled box as you have displayed on your shop on Cratejoy, but this is deceptive as well because even if I ordered a small box I expected to...

Not what I expected at all

A face mask you could get at the dollar store, a nail file and 2 pair of very plain underwear. I really really wanted to love this box. Cancelled instead :(

By far the worst ever very disappointing

Hi Lyndsay, Sorry that your package was stolen/lost. Your tracking shows that it was cleared delivered to provided address. Please contact your neighbors or post office for better assistance. Thank you.