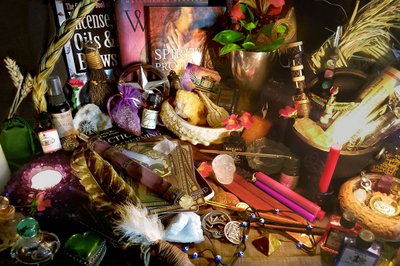 by Sacred Iseum
A mix of handcrafted witchcraft charms, candles, & oils bundled with tools & supplies of the craft.
40 reviews
Plans as low as

The 1st 2 boxes came with no problems. The creator of this box explains the boxes ship after the full moon. Fast forward to January 19th 2020 and I still have not recieved my January box. The full moon was on the 10th. Nor have I gotten any response to my emails inquiring its whereabouts Nor is there any tracking information.. I cancelled before I got charged for another box but this one is already paid for and hasn't arrived and I'm still waiting to get a response to the 3 emails I've sent to the seller

Gwendolyn,
I understand how frustrating it can be to try and communicate with a company that isn't getting back to you. So I totally get your frustration. Towards the end of December, I had a heart attack and was hospitalized for a month not discharged till the end of January. During this time emails were sent out to all customers notifying of the cancelation of January boxes, and the renewal dates for January being pushed out a month as well as any prepaid boxes for January were pushed out and sent out beginning of Feb. I really wish I was able to be in more communication with you and all my customers during this rough period. I curate these boxes alone, and while I was hospitalized,...