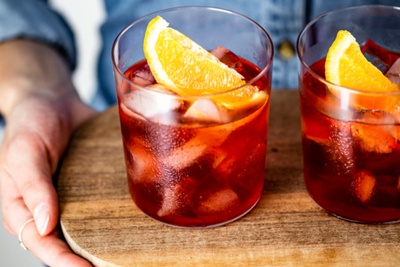 I ordered Saloonbox as a gift for my sister. Having ordered it before I expected the same quality. In the past the bottles of alchohol were larger, enough to make 6-8 drinks. You could also pick the types of alchohol you preferred. When my sister received her box there were only enough ingredients to make 2-4 drinks. The bottles were mini size and one of the recipes called for lime juice which was not included. As someone else mentioned the shipping was not clear. I received a shipping confirmation but the UPS tracking number showed “label created” for almost a week and only updated the day before it arrived. The price has also gone up. And the sales tax was not included in the original amount. It was added on as a separate transaction. I emailed the company and did get a response within 24 hours. For that reason and the creative recipes I give 2 stars instead of one. Bottom line is that price increased while quality decreased. Will not order from them again.