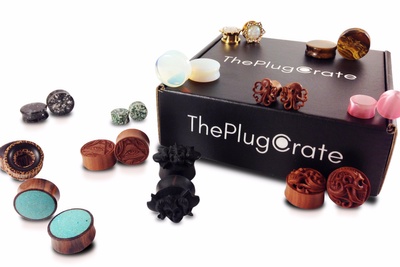 by The Plug Crate

Premium plugs or tunnels delivered to your doorstep monthly!

After seeing they posted this months box i was actually pretty excited. The only two i did not like were the basic wood ones and i figured they were really similar so if anything i at least would not get both, but of course i ended up getting them both. I would have been really happy with any of the other ones which is why i gave three starts. When i signed up all the plugs pictured were really cool and detailed so i was pretty disappointed by the plain wood ones i ended up with :/

I had ordered this crate, forgetting that i had ordered a stretching kit and also stretched up. By the time the box came, i was already a size up, but I had received two pairs of really pretty double flare plugs that i couldn't even wear. I feel like they should have a flare option because i would definitely made sure i wouldn't receive doubles. :(